How nice is nice enough to justify carrying the weakest link? 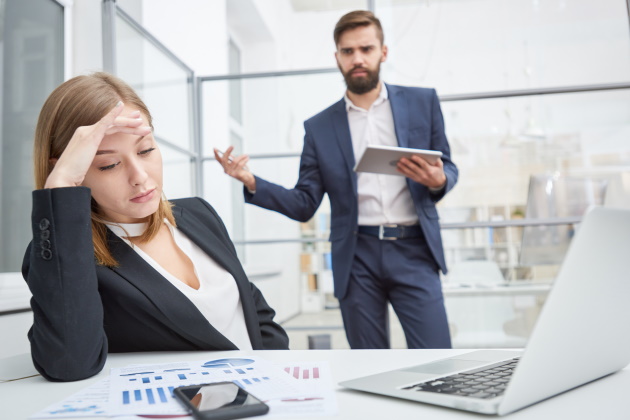 An old TV show featured teams where the “weakest links” were kicked off until only one person was left standing. These weak links were judged as being the smallest asset to the team and presented the biggest liability to the team’s success.

In the TV show, the weakest link was decided by the number of correct answers to factual questions.

What measures could be effectively used to judge your organization’s weakest link?

Least popular? Ambitious at all and any costs? Least productive? Least considerate in working with teammates?

Or would you, the manager, vote off the employee who occasionally disagreed with your decisions and deem the sycophant as most desirable? Would you keep the “nice” employee as an asset and vote off the one who wasn’t as nice?

Too often I see companies carrying, to their detriment, a weak link—someone who does not appreciably contribute to your company’s success. Why? “Because he’s just so nice,” comes the reluctant answer.

Is that justifiable? How nice does an employee have to be to merit a position in your company solely on the basis of geniality?

Here’s the illogical thinking that allows you to keep an employee on staff when their only contribution is “niceness.” You’re thinking of it as an either/or. “Nice” is on one side of the scale with “good employee” on the other — as if there are only two measurements and mutually exclusive.

So, list all the attributes and then prioritize them objectively, without muddying the waters by thinking of any one specific employee.

If this employee is genial and likeable, great. But how does he stack up against the list of prioritized attributes that you have objectively declared vital to your business?

If geniality is the characteristic you have decided is the most critical, and the employee in question would win the Miss (or Mr.) Congeniality award, then maybe you can easily overlook the deficiency in other qualities. But what if there are many qualities needed, and geniality was their only contribution?

I spoke with one manager who hated to fire an employee because he was just so “darned nice.”

So nice that the manager and co-workers were willing to overlook his laziness, tardiness, and unreliability? No. He didn’t bring nearly enough joy to the workplace to offset the growing resentment by his co-workers at having to do his work. They soon realized that his pleasantness had no substance. He wasn’t pleasantly doing his work: it was pleasantness instead of work.

People who depend on charm to solidify their role in an organization frequently use that charm to hide glaring deficiencies in their work ethic. Strip away the charming façade, and their inadequacies become blatant.

When niceness is the only redeeming quality in an employee, there’s never enough niceness to avoid being the weakest link.