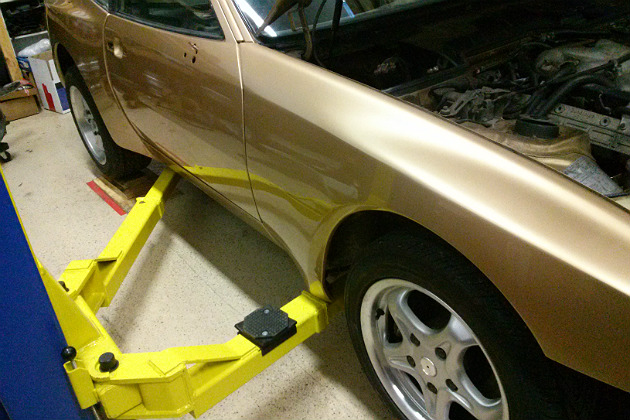 Owning a car restoration business is an eye-opening experience. I have all of the traditional business issues and overhead such as rent, utilities, inventory and employees and the extra kicker of dealing in commodities with prices for materials and parts fluctuating.

In a recent discussion with Steve Manfre of Ian's Euro Parts, we were commenting on the fact that the values of the 944 cars are starting to rise. Frankly, they really couldn't go much lower with some actually available for free.

However, putting the ridiculous aside, prices for well-sorted cars have begun moving north again. This is inspiring because I watched in awe as the 914 prices went from free to unobtanium, and the market around early 911 cars has gone crazy in the last 30 months as well.

I'm scratching my head and pondering the thought that the best time to buy up 944s and 951s may just be now.

When I am looking for a car to restore, race or rescue, I sort through a list of important things to look for and the dollar cost of a car with or without certain mechanical, cosmetic and general service items addressed. This is based on real experience earned in buying and selling several dozen 944s. The reality is that a well-sorted NA costs $5,000 and up, and Turbos are twice as much.

As I sit here flipping through FSBO ads for my business and as background for this article, I thought it would be cool to put my own tips and theories into practice and walk you through what I have encountered in the very car that's on the lift in my shop today. It's a Turbo and not an NA, but otherwise, it's quite typical of the kind of car I search out to be the basis of a restoration project.

I found the car in a Craigslist ad quite some time ago. It was listed as a running car that would "make a great track day project." It had a dented driver fender, rough paint and an interior that would need to be completely removed and replaced or refinished. 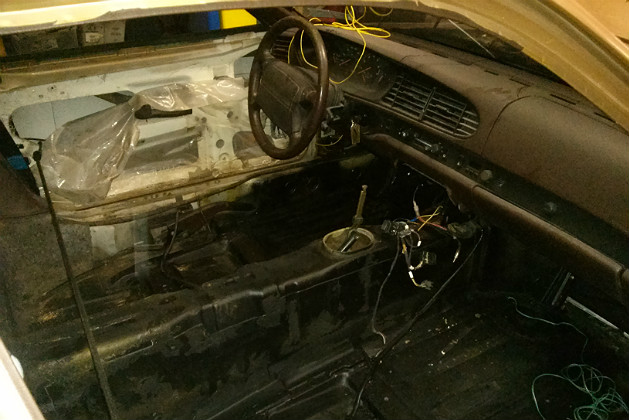 Under the hood was quite messy but original and, as advertised, the 1987 model 951 started right up and drove quite well. I spun it around the parking lot a couple times and then straight onto my trailer. Including the cost of recovering the car with my truck and trailer, my investment in this Turbo was just under $2,500 before I got her to the shop.

As I indicated, we had to remove the entire interior. I purchased a complete set of medium plush German-molded carpet in chocolate brown — $600, shipped.

Then I removed the seats and brought them to my upholstery shop. The old leather/leatherette treatments were cracked and split and removed. The bolsters were all good, as were the pads for the rear seats. We agreed on leather with suede insets, front and rear seats also in chocolate brown — $1,500, installed. 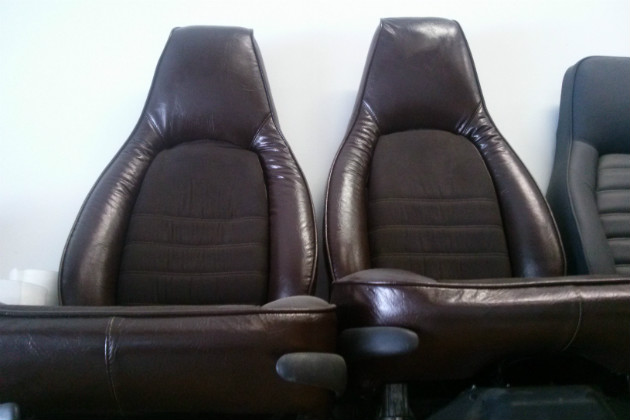 The steering wheel was cracked and split, and I removed it and sent it off to be recovered in the same leather as the seats — $150, all said and done. The car will need four speakers and a nice stereo. Without going crazy, this is a $300 ticket.

So, if all of the switches, controls and buttons inside of the car work and I don't need more than a dash mat, I should be able to get on to the engine and body for about another $150. All told, it's nearly $2,500, and I will not be restoring the dash.

The other part of the cosmetics that I haven't discussed yet is the exterior. One of the best things about this particular car was its straightness. It had a banged-up front left fender, and the plastic bumper cover was pretty bad, but there wasn't any damage to the underside of the car. The frame is straight and nothing peripheral was broken or missing.

So, we took off the fender and straightened and bolted up a replacement from a different 1987 Turbo. It cost $150 for the fender, and an hour and a half of labor for my guy. We didn't do go crazy since it's coming off for paint anyhow, but just to test-fit it we bolted everything up.

Then we took off the door handles, mirrors, splitters, bumper covers, bumpers, nose trim, sunroof, door guards and wheels and brought the car to the paint shop. Its paint code is LYIY, almond beige metallic. Ordered the proper paint from Porsche, $750 and left her to get cleaned up and repainted — $1,000 in labor and an additional $200 in materials, and the car now enjoys fresh paint.

She looks beautiful, despite needing to go back for final assembly, wet sanding, clear coat and baking. I had to buy another bumper cover, but I found one with an NA car that I bought that the guy wanted to convert the bumper. I charged myself $300, which was reasonable, but I'm trying to keep this exercise going. It's still 50 hours from completion, and I haven't considered the wheels and tires yet, but the exterior of the car cost another $2,500.

I guess I'd better open the hood. Well, at least we're finally in my zone — the engine bay — where I can make it happen. I've already sent the turbocharger off to G-Pop for a clip and a rebuild and put in my "regular" order for a Turbo rebuild with 944Online.com and have assembled a slew of parts and pieces to make this baby sing like new.

While I was under the car, I saw that the front struts were mismatched. The passenger strut was completely blown. I replaced with a set of used, but solid, Konis for $400. The rear shocks are recent and good, so left them alone.

As I was monkeying with the struts, I saw that the rotors are pretty toasted. New rotors from Centric on all four corners, OEM replacements are $300 all around. I took off the rear rotors and discovered the e-brake shoes have grenaded, that's $90 for the set. Of course, I am going to put new pads and wear sensors to go with my freshened-up calipers and new rotors, that's another $100. 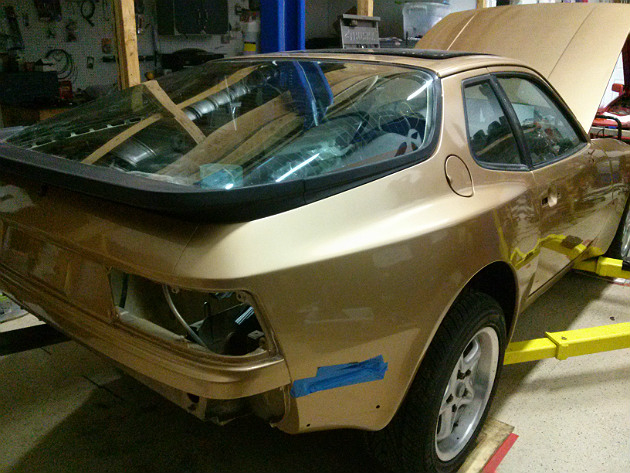 So, where are we at? Inclusive of brake fluid, speedy-dri and hardware, my Saturday adventure under the car cost another $1,000. I broke the emergency brake as well, but I will poach that from my inventory and not charge this car because I did that, it wasn't something that had to be done.

Now, mind you, this car is literally on the rack right now and still taken apart. It doesn't run yet, and I'm in it $11,000 and I haven't considered any labor costs on the motor work we've done, which is the equivalent of a head gasket job since we take the intake and exhaust off to put in the fresh turbo.

I'm truly ecstatic to see the market rising on these cars. I'm excited to be involved in supporting these magnificent cars and proud to be friends with so many passionate owners. Keep up with the maintenance and work on your cars, and it will bring you years of pleasure, and maybe even financial gain. Imagine that.

Oh, and if you see me selling an almond beige metallic Turbo in the next month or so, I'm afraid I won't be negotiable on the price.