How much do teachers spend annually on school supplies? 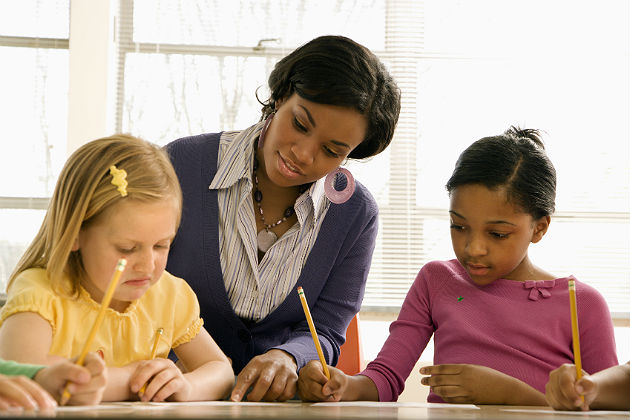 When children walk into the classroom on the first day of school, they are often met with colorful posters, ample writing utensils and nametags emblazoned on their desks. But how often do we stop to consider how these personal touches and useful tools got to the classroom?

According to a study published by the National Center of Education Statistics in 2018, 94% of American public-school teachers used their own money to pay for school supplies during the 2014-15 school year. They spent $480 on average that year, and they were not reimbursed.

Perhaps the most staggering statistic is the collective amount American teachers spent on their classroom supplies that year: $1.44 billion.

Teachers who buy their own school supplies can deduct $250 from their taxable income. But when 36% of teachers spend $250 to $500 per school year, and 7% reportedly spend over $1,000, the tax break feels like small comfort.

Randi Weingarten, president of the American Federation of Teachers, said in an official statement that the study sheds light on the lack of funding in public schools across America.

“Teachers go into the profession because they care deeply about kids’ learning and well-being,” Weingarten said. “When their classrooms lack basic supplies like chalk, tissues and textbooks, and when kids’ families are struggling to provide necessities, the immediate solution is for teachers to buy these things themselves.”

While the study did show that teachers spent money on their own supplies regardless of geographic and socioeconomic factors, it also revealed that teachers at low-income schools spent the most.

“It’s telling that teachers spent the most — some spent well over $1,000 — in poverty-stricken schools where kids are eligible for free or reduced-price lunches,” Weingarten said.

“Educators want to help children; that is why, as long as their students lack the essentials, educators will continue to dig deep, while fighting the defunding and underinvestment that created this crisis in the first place. There is no other job I know of where the workers subsidize what should be a cost borne by an employer as a necessary ingredient of the job.”

The debate about public school funding has sparked increasing controversy, with teachers organizing marches and walkouts all over the country to demand that legislators prioritize education.

In an article, entitled “#OutOfMyPocket,” by the National Education Association, teachers themselves spoke out about their reasons for spending so much on their students. While they expressed their willingness to provide for their students’ needs, they also expressed their frustration at the lack of better tax credits or salary improvements from their state governments.

If you are sending kids back to school this year or even if you just know a great teacher who could use some extra help, there are several ways to support the educators in your life:

Julie Anne Wells is a professional copywriter and former local journalist. She is the founder of Live Love Local, a blog dedicated to spotlighting local businesses and events in her home city of Dallas and beyond. You can connect with her on LinkedIn or read more of her adventures at LiveLoveLocalBlog.com.