How Milan’s airports are handling the temporary closure of Linate 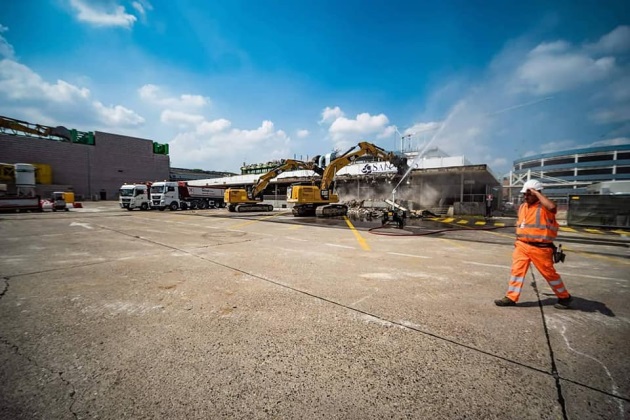 Milan Linate Airport will be closed until Oct. 27.

Closing one of a country’s busiest airports for three months in the summer period might sound like a recipe for disaster, but that’s exactly what’s happening in Milan as Linate Airport has ceased flights to undertake essential upgrades.

Linate closed on July 27 following the final departure to Palermo late the previous evening. Work has now commenced on a string of upgrades to the airport — the most notable of which is the complete resurfacing of main runway 18/36.

Other works planned include reconstructing the baggage reclaim areas and the terminal façade to bring the building in line with current standards. It is expected to reopen on Oct. 27.

Currently Italy’s fifth-busiest airport, Linate is considered Milan’s more convenient gateway and its located only six miles from the center of the city. As a result, it is particularly popular for business travelers.

Linate handled some 9.2 million passengers last year, and logic would assume that these passengers will need to go somewhere over the next three months. This could pose a problem for Malpensa, which is now becoming overstretched during busy periods.

Both airports are operated by the SEA Group, who is working to minimize disruption for passengers during the works. While many flights are likely to be consolidated where there is repetition, particularly on thinner routes, and domestic services which operate multiple times per day from both airports, the extra footfall is going to be a challenge for Malpensa. So how will it cope?

"We are investing around €18 million to adapt Malpensa’s infrastructure and operating systems to welcome additional traffic from Linate," explained SEA VP of Aviation Business Development Andrea Tucci. The check-in, Schengen gates and baggage sorting areas are being adapted to accommodate the surge in traffic, with a taxiway also being temporarily converted to an apron.

He added: "MXP is going to host in its peak season a 30% increase in capacity that, once the flights return to Linate, can easily be replaced by new carriers and flights thanks to the residual hub capacity in Milan that is not easy to find at many other European gateways."

Another airport hoping to benefit from Linate’s closure is Bergamo Airport — often seen as the third gateway to Milan, and currently Italy’s third busiest. It will become the closest airport to the city during the closure and has reportedly been building relations with airlines and customers to encourage them to use it. This comes at an interesting time for Bergamo, which has been growing its domestic network through airlines like AlbaStar and Volotea and will also add a new route to London Gatwick with British Airways later this summer.

The three-month closure at Linate will see the essential and large-scale works completed, but this is not the end of the upgrades at the airport.

Once it reopens, work will continue on further interior improvements, including more e-gates for passenger processing, new shops and concessions, and light-filled spaces. It will also see a new connection to the Milan underground system’s M4 line opening in December 2022, further improving access to the city.