How law enforcement agencies are dealing with shelter-in-place orders 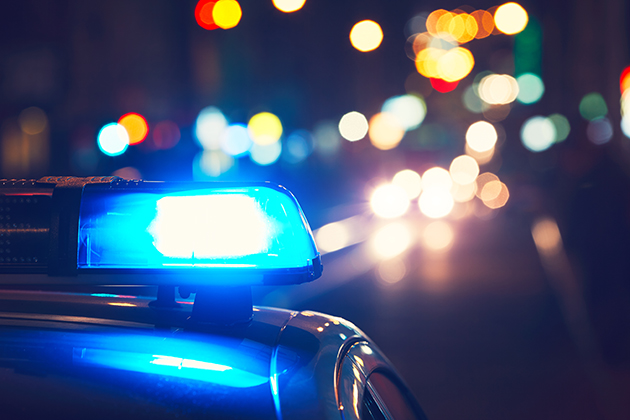 More than 40 states have issued stay-at-home or shelter-in-place orders, and cities like New York and Chicago are facing more severe lockdown orders to curb the spread of the coronavirus. About 90% of the country's population falls under the purview of these orders. This is a big task for law enforcement to manage.

Keeping people at home is the new norm for the men in blue. So how are they enforcing the shelter-in-place orders? There is no federal mandate for this unique situation, and police departments are mostly following the orders of local authorities to enforce these orders.

Every agency is following its own instincts and local circumstances to enforce these new rules. In most cases, law enforcement agencies are reaching out to their communities and urging residents to cooperate so that they beat this virus together. It is only in extreme situations that they are using fines or jail time.

States like Connecticut, New York, Maryland, and New Jersey have prohibited all in-person functions and gatherings of any number, including weddings, parties, and religious ceremonies. Idaho has mobilized the Idaho National Guard "to support civil authorities and local jurisdictions.” Indiana State Police and local law enforcement agencies have the authority to enforce violations. Minnesota and Ohio have mandated that stay-at-home orders can be enforced by local health and law enforcement departments.

In Illinois, residents are discouraged from venturing outdoors unless it's absolutely essential. In some local suburbs, residents have the right to call the police if they see a big gathering of people in neighborhood homes.

Other states have strongly urged residents to practice stay-at-home and avoid gatherings of more than 10 people. Most states have also banned international and, in some cases, domestic travel, especially from coronavirus hot spots. Only essential businesses like healthcare, law enforcement, food service, and other critical services will continue to function.

Places like the city of Graham, Texas, have authorized the police department and the Young County Sheriff's Office to take action against people who violated the stay-at-home orders. Local law enforcement agencies in the Austin area have the authority to issue fines up to $1,000 or a sentence of up to 180 days in jail.

Other major law enforcement agencies stated that they plan to focus on educating people about orders through public announcements and social media posts. They don't want to issue tickets or put anyone in jail unless it's absolutely necessary.

Oklahoma City police stated that while they will not stop people for just being out, they will take action if they feel it's a violation of the stay-at-home order, and people are out for nonessentials. Violators could be arrested and face up to six months in jail. Or they could be fined up to $750.

Houghton County, Michigan, is reportedly facing a unique situation where people from other states have traveled there to escape the virus in their home states. The police have taken to social media to discourage out-of-state visitors from crossing the Mackinac Bridge. At this point, they are discouraging travel and issuing stay-at-home, but if people continue to pour in, then officers will have no choice but to issue citations for violations.

In San Francisco, police said that they are going to write citations for failing to comply with the shelter-in-place mandate as the last resort. While the order does carry the weight of law, officers are looking for voluntary compliance instead of hard punishment to safeguard public health.

While the country grapples with skyrocketing COVID-19 cases, people are wondering how these orders will evolve. Constitutional authority lies with U.S. states and localities to enforce mass quarantines and physical distancing with the help of their local police forces.

The federal government has higher authority in enforcing other rules like closing borders and banning foreign national entry. In contrast, Congress has the exclusive constitutional power to regulate interstate commerce and could restrict travel among the states.