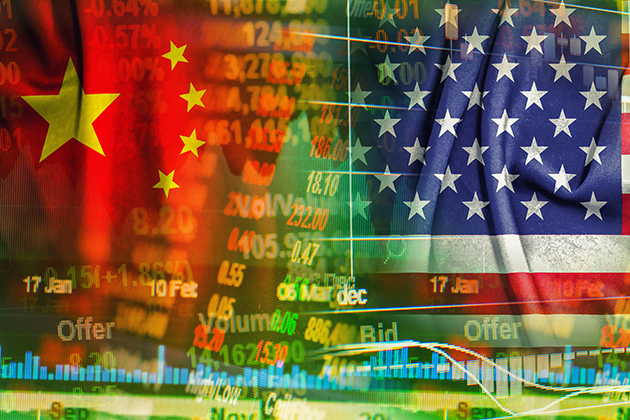 Do you think that U.S. firms doing business in China back the White House’s tariffs on trade to settle disputes? Consider this.

"A survey by the American Chamber of Commerce (AmCham) in Shanghai found that most U.S. businesses operating in China oppose the use of tariffs in retaliation for the challenges they face, from an uneven playing field to poor protection of intellectual property rights," Reuters reports. AmCham represents 3,300 members from 900 companies in China.

Intellectual property rights (IPR) is "the general term for the assignment of property rights through patents, copyrights and trademarks," according to the Organisation for Economic Co-operation and Development (OECD), a grouping of developed nations. Governments grant IPR to companies, e.g., pharmaceutical and software firms, for specific periods of time.

Claude E. Barfield is a resident fellow at the American Enterprise Institute in Washington, D.C., and its director of trade and technology policy studies. "The Chinese rules against intellectual property rights holders, particularly patents holders, are stacked against them," he told MultiBriefs by phone.

China, however, is not the sole source of IPR headaches for firms in and out of the U.S. Spoiler alert: think the web. "The larger issue is theft of IPR around the Internet," Barfield said.

There is a history here of stateside (in)action. IPR issues have been a policy issue since the Obama administration arrived in 2008, according to Barfield. What to do?

"The White House needs to pinpoint particular IPR theft and publicize the alleged violator," Barfield said. We turn to a June 27 statement from the White House.

"To further ensure a robust defense of American technology and intellectual property," President Trump said, "I have also directed the Secretary of Commerce to lead an examination of issues related to the transfer and export of critical technologies. Through this review, we will assess our Nation’s export controls and make any modifications that may be needed to strengthen them to defend our national security and technological leadership."

Modifying the current IPR situation, however, has not been policy for the Obama or Trump administrations, according to Barfield. This might surprise some who see Trump as a steady opponent of his predecessor’s policies.

Dean Baker, a senior economist with the Center for Economic and Policy Research in Washington, D.C., has a definite view of IPR. For instance, he distinguishes who in the U.S. does (not) benefit from IPR.

"This is a line that has come up repeatedly in Trump’s trade war with China," according to Baker. "We have been told that we have an interest in making China pay for the intellectual property of U.S. corporations that it allegedly steals."

He notes that most of the U.S. population lack ownership of much stock in Microsoft or Pfizer that rely upon IPR for reasons of profit and market share. As a result, the non-stock ownership part of the American populace does not benefit from IPR.

That is not all. "The standard trade theory tells us that if China and other countries have to pay less money to Pfizer and Microsoft due to patent and copyright monopolies, they have more money to spend on other items we produce," according to Baker.

That increased purchasing power would let Chinese businesses and consumers buy more U.S. goods and boost stateside job growth. Such a trade trend would also cut the U.S. trade deficit with China, a move that Trump said he supports.