How important is pronunciation instruction for English learners? 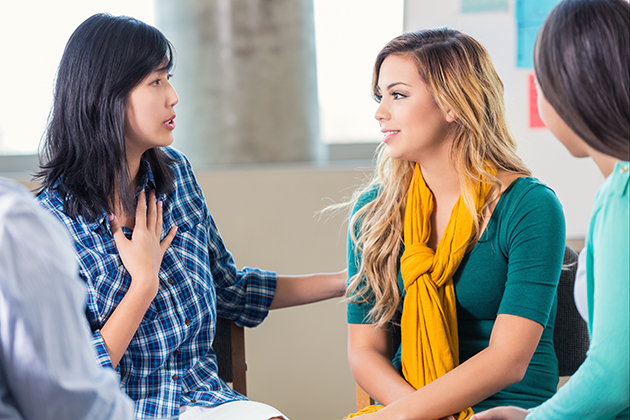 One of the most notable identifiers of someone whose primary language is not English is speaking with an accent. While accents vary in English in different countries — and even by region within those countries — for most native speakers it is easy to tell if someone learned English later in life.

Interestingly, there are many people who spoke a language other than English as a child, learned English and now have native pronunciation in English. This generally occurs when people learn English (or another language) early in their life or during childhood.

Based on this, how important is it for teachers to focus on correct pronunciation when teaching English learners?

Speaking with an accent, of course, is not problematic in and of itself. In fact, it is a natural, physiological response when learning a new language. The problem occurs when pronunciation of specific words impedes comprehension of the listener.

When people have difficulty understanding another person simply due to the pronunciation, it can cause frustration on the part of the speaker and listener, and potentially cause misunderstandings or other unintended consequences. Additionally, if a listener has to expend a great amount of energy focusing on understanding specifically what is said, then it will be more difficult to hone in on the message.

As mentioned earlier, if a person learns a language later in life, they generally speak with an accent. All humans are hardwired to learn language and acquire the language they hear as infants. Over time, they begin to disregard the sounds that do not exist in their native language, thus making it more difficult to produce those sounds.

Furthermore, differing linguistic structures can impact how a person speaks. Consonant clusters such as str and engths in the word strengths do not exist in every language. Sentence structure varies from language to language as well.

For these reasons, people may speak with an accent as they learn or acquire a new language. While this is not a rule that is set in stone, it is notable and an important consideration when teaching students.

While native speakers may not realize it, some of the irregularities in English spelling and pronunciation, some challenges may arise for students learning English. For example, pronouncing the th can cause difficulty for many, as the sounds that this combination of letters produces varies. Consider the words this, that and these, versus three or thread, versus Thai or Thames.

Additionally, it is important to note that the differences among languages will cause some typical pronunciation errors when learning English.

German speakers may have difficulty with the beginning sounds in the words wish and this, for example, because those particular sounds are not utilized in the German language. They may pronounce those words with the v and z sounds instead. Speakers of Japanese may mix up the /l/ and the /r/ sounds, as the Japanese language does not distinguish between the two.

Knowing these language specific differences will help you determine which errors are typical and why they come up, as well as if they are worth working on based on their possibly impeding communication.

When introducing a new word, have the students repeat the word several times. Consider the following example:

Teacher: The word is photosynthesis. What's the word?

Teacher: Let's break it apart: Pho-to; say that part and clap the syllables.

Teacher: Say that part together all together: photo.

Teacher: The second part is synthesis: syn-the-sis. Clap the syllables.

Teacher: Say the second part of the word.

While this example had students clap and practice the syllables of the word, this is not always necessary. Just having the students say the word multiple times can also be a helpful tool in encouraging student pronunciation practice.

Repetition of the word or words, in this case, can be accomplished with a simple "say that with me" or having students repeat the word in differing contexts. For example:

Teacher: The word is photosynthesis. Say that with me!

Teacher: Say it to the floor.

Teacher: Say it to the ceiling.

Note that in the example just given, different types of words were used for the differing ways to repeat the word: locations or objects in the room, colors and adverbs. This helps to reinforce different types of language and reinforce more common vocabulary that some of your students at more beginning proficiency levels may still be mastering.

In the discussion with students of how to pronounce a particular word, it is also helpful to point out specific spelling patterns as well as prefixes, suffixes and root words that are embedded in the word of study. These word attack skills help students to decode new words, acquire vocabulary and learn pronunciation tools and tips that will help them as they encounter new words.

When student communication is impeded by pronunciation issues, it can be helpful to point out to students the lip and tongue placement when pronouncing specific sounds and words in English. Many students, and even teachers, have limited awareness of this aspect of pronunciation, especially if they have not studied linguistics.

But paying attention to what is physically happening in your mouth when saying a word is not difficult. By slowing down the verbalization of a word, and considering what the physical motions are that accompany it, a teacher can demonstrate and point out to the students what their mouths should be doing as well.

It should be made explicit to students that there is absolutely nothing wrong with speaking with an accent. In fact, it is a normal part of learning another language as we grow and mature. However, when communication is impeded, we may need to adjust our practice to ensure that others can focus on the meaning of what we are saying, rather than expending energy on trying to figure out what the words are.