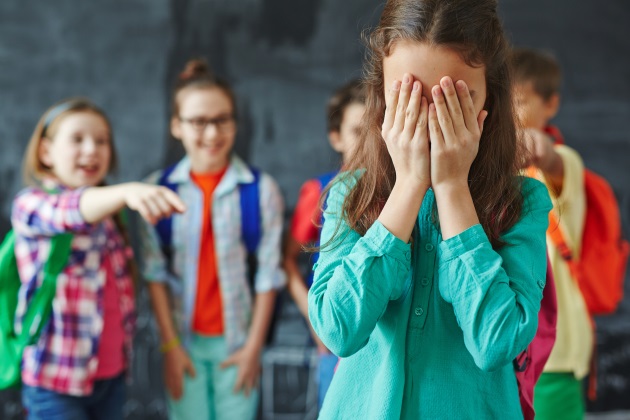 I have been living with learning disabilities for most of my life. It's who I am.

My parents have never tried to protect me from the harshness of life.

I learned at a pretty young age that there are going to be some people who are going to take one look at you and just instantly reject you, especially if you are learning-disabled.

As accepting as I am about my learning disabilities, I went through a very long period where I sought other people's approval.

You see, I dealt with some pretty rough bullying in junior high. I remember feeling literally scared to go to school. I endured frequent name-calling.

The most popular terms were "retarded" and "stupid." There were also the occasional threats of violence. In between classes, I would huddle up against the wall and clutch my book bag.

The school administration was well aware and they did all they could, but it was a very big school.

When I began high school, my family and I moved. I went from attended a school with a population of over 1,000 to one with less than 500! What a relief!

It was here where my desire for approval began.

It wasn't frequent but I remember watching the "cool kids" and every once in a while wishing I could have what they had.

I would look at these kids trying to get some pointers.

The thing is everyone was very, very nice, especially the "cool kids."

I sat with them often during lunchtime (unlike junior high, where I sat alone... in fear). I was always included in any kind of conversation.

Actually, come to think of it...there were no "cool kids." It was a small enough school that everyone was a part of one big group.

Despite the fact that I had a wonderful high school experience and had the best parents anyone could ever ask for, none of it mattered.

I was still in junior high, being bullied.I continued to carry it with me through my 20s and most of my 30s. It wasn't until I was 34 that I started to get my act together.

My maternal grandmother was diagnosed with esophageal cancer and it was discovered to be terminal. Mom and I flew out to say our goodbyes. She was recently moved into a nursing home due to other health issues.

I remember that first day we came to visit... there she was sitting in her wheelchair by the front entrance waiting with her big, bright smile.

Despite the physical effects of the disease, you sure couldn't tell anything was wrong with my grandmother.

She was the perky, fun-loving woman she had always been. I remember taking Nana (as I called her) for rides in her wheelchair. By the physical therapy wing there was this small slope. I would run down it as fast as I could and each time, Nana would go "Whee!" I think she even put her hands in the air a time or two.

Watching this woman suffer through such a terrible event with such grace was so inspiring and it made me start to realize that I had to do some serious soul-searching.

When she died shortly before Thanksgiving 2011, I began what would be a seven-year process of discovering my true self.

With the help of time, trial and error I have finally realized that seeking other people's approval is a complete waste of time. Absolutely without a doubt!

I have been self-employed in the dog care field for going on 13 years.

I have had a long-term relationship with a couple who hired me to take care of their 2-year-old Boston terrier back in 2006 and I did so on a regular basis until her death last June.

Three months later, they bought a 3-month-old Boston terrier. As anyone who has had — or has — a puppy knows what it's like. It's totally different than having an adult dog... that's for sure!

Unfortunately with this new arrangement, their true colors began to show. Things have to be a certain way especially in how I dog sit!

And get this... I get complaints if I don't close their front door right! I am not kidding!I have been working my tail off trying to accommodate them and it's just not enough!As much as I love the time I spend with their dog, I am seriously thinking about quitting.

Because I think I am good enough!

And that's all that matters.