How Greece is improving its airports for the future 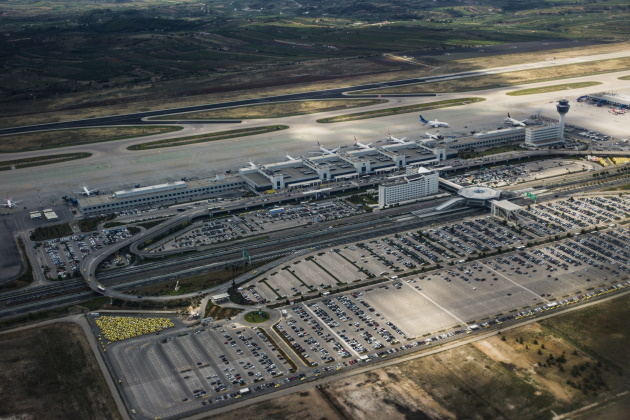 In Greece, a sweeping range of airport improvements and upgrades has just been approved by way of two major projects that will see a huge investment in the country’s largest and busiest airport, and a brand-new airport for one of the country’s main tourist destinations.

Athens Eleftherios Venizelos International will celebrate its 20th anniversary next year, having opened in March 2001 to replace the older, crowded Ellinikon Airport. 2019 was a landmark year for the facility, with 25.5 million passengers handled and over 225,000 aircraft movements — the highest ever in its history.

Now, in work estimated to cost around €700 million, the airport will be given space to grow and handle the expected future numbers of passengers and movements.

The main focus of the work will be a new terminal building with associated jetways and parking areas, VIP lounges, plus shopping and dining facilities. This will allow Athens to up to 50 million passengers per year by 2040, once all expansion has taken place.

At present, Athens Airport is 55% owned by the Greece government but, in a bid to raise funds from privatization, a 30% stake is currently being sold, with nine investors shortlisted to purchase shares.

Work on Athens Airport will not commence until renovation is complete at the 14 regional airports across the country operated by Fraport Greece. These include major tourist airports at Corfu, Rhodes, Kos and Zakynthos.

Each is currently undertaking improvements in passenger facilities, aircraft handling facilities and infrastructure such as runways and taxiways. Some will also see new terminal buildings. It is bringing modernization to the ageing Greek airport system which are being put under increasing pressure. 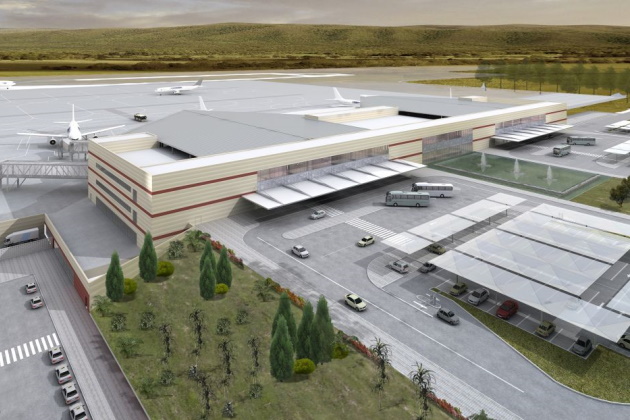 A rendering of the new Kasteli Airport in Crete.

Another major announcement this week confirmed that a brand-new airport has also been commissioned for the city of Heraklion on the island of Crete.

The present airport is overcrowded and shares facilities with the military air base. Now, owing to growing passenger numbers and a lack of space for expansion, a new €517 million international airport will be constructed.

The announcement comes as the final €180 million to complete the funding has been sourced from the European Investment Bank (EIB) allowing work on the site, which is 30km from the city, to begin. EIB vice president Andrew McDowell said: “The €180m EIB loan will enable construction of the new Heraklion airport to finally start after many years of planning and delay. The EIB recognises the commitment to redevelop the existing Heraklion Airport area to unlock economic, environmental and social benefits. This redevelopment is an integral part of our loan conditions.”

Greece recently emerged from a period of bailouts from eurozone members to cover its economic crisis. The country is now looking to take advantage of its huge tourism potential through investing in its airports and infrastructure.