How would BCRA impact jobs in healthcare? 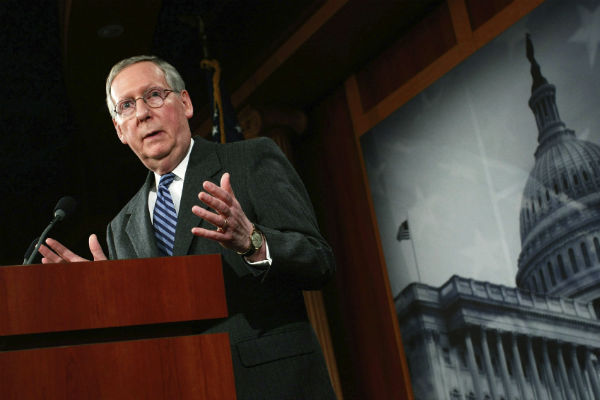 Senate Majority Leader Mitch McConnell has delayed a vote on the Affordable Care Act repeal until after the July 4 recess.

A week ago, the Senate unveiled their version of the American Health Care Act (AHCA) that the House passed — the Better Care Reconciliation Act of 2017 (BRCA). Since then, several Republican Senators have said they would not vote for the bill in its current form, which forced Senate Majority Leader Mitch McConnell (R-Ky.) to delay a vote on the Affordable Care Act (ACA) repeal until after the July 4 recess.

"The question should be, would the BCRA do more or less harm than ACA?" according to Jane M. Orient, M.D., executive director of the Association of American Physicians and Surgeons and a practicing physician since 1981.

On that note, what will be the employment impact if the BCRA/AHCA becomes the law?

Under the ACA, the federal Bureau of Labor Statistics forecast that healthcare employment would grow the fastest of all occupations, expanding by 19 percent between 2014 and 2024, due "to an aging population and because federal health insurance reform should increase the number of individuals who have access to health insurance."

The nonpartisan Congressional Budget Office projects the BCRA would cut over $800 billion in Medicaid spending by 2026. But Orient sees that reduction as a necessity for a sustainable healthcare policy.

"Medicaid spending must be reined in," she said.

Jan Emerson-Shea, vice president of external affairs for of the California Hospital Association (CHA), said it is too early to gauge the BCRA's impacts on the healthcare labor force. However, the CHA did buy a full-page ad in The Sacramento Bee on June 28, urging U.S. senators to vote against the BCRA.

Laurel Lucia and Ken Jacobs of the University of California Berkeley Center for Labor Research and Education published a brief in December, titled "California's Projected Economic Losses under ACA Repeal." In it, they estimated the Golden State's job losses under a partial repeal of the ACA.

"The net effect of partial ACA repeal would be the loss of 209,000 jobs in California," they wrote. "The majority (135,000) of these lost jobs would be in the healthcare industry, including at hospitals, doctor offices, labs, outpatient and ambulatory care centers, nursing homes, dentist offices, other healthcare settings and insurers."

Reducing the number of people who access healthcare weakens employers' demand for workers in those occupations, according to Lucia. Another outcome is a broader decline of economic activity as a result of the employment drop-off.

Back in the nation's capital, McConnell did not respond to a request for comment on the BCRA and its impacts on healthcare employment. Meanwhile, The Washington Post reported today that he is aiming to send a revision of the BRCA to the CBO for it to score before the August recess.