How customers buy, why they don’t, and how you can change their minds 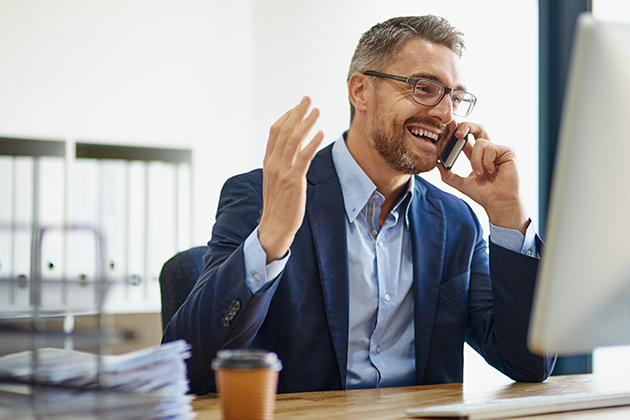 If your company offers a great product or service, it can be difficult to understand why everyone isn’t lining up to buy it. Who wouldn’t want something this great? What possible reason could anyone have for not purchasing what you’re selling?

It turns out that there are a lot of reasons customers — both individuals and companies — choose not to make a purchase.

Understanding these reasons requires understanding how they make buying decisions, and armed with this information, you’re in a better position to overcome any objections.

Most companies make the mistake of approaching sales from a position of logic: if this product or service is beneficial, surely people would purchase it because it benefits them.

"If consumers did what is logical and what’s best for themselves, they would all be at the gym and eating vegetables," says Martyn Lewis, CEO of Market-Partners and author of "How Customers Buy & Why They Don’t: Mapping and Managing the Buying Journey DNA."

But even though people don’t always do what you would expect them to, he says their behavior is still predictable. And one thing Lewis has learned is that customers may shy away from a purchase because it will change their habits or change their day.

"Even a small change can stop someone from doing what otherwise may be seen as a logical and sensible thing to do," he says.

Customers are overwhelmed with choices. Not just from competitors in your market.

"There are many competing factors for their time and money," he explains. For example, what else could they do with the money they’re thinking about spending with your company?

"Another issue is what I call the implications,” Lewis says. “If they buy something what does that imply — do they have to go get something else or do something different?" For example, if you sell a printer that’s user friendly, economical, prints quickly, and doesn’t take up a lot of space, you’re likely to think this is something everyone should want to buy.

However, Lewis says a consumer may be thinking about the 12-pack of print cartridges they already have for their existing printer, and how they’ll be wasting money to buy another printer.

Another consideration is the fashion aspect of a purchase. "Do they see themselves as a trend setter, are they edgy, or do they have conservative tastes?" Lewis says consumers look at purchases in terms of how a particular acquisition would “fit” with their identity and what they would normally purchase.

"We have hardly scratched the surface here, but you can see that there are usually many more reasons for someone not to purchase something, even something that is clearly good for them, than there are for them to make the commitment and actually buy," he says.

One important thing to note about companies: although there are differences between consumers and businesses, it’s still the people who make the purchasing decisions.

"In the business sense, buying is often far more sophisticated, it is scrutinized far harder and there are usually many more people involved," Lewis says. But that’s no guarantee that they will make economically-rational decisions.

"Business buyers are overwhelmed with things to do and have many alternatives competing for their time and money — and they, too, will often not buy when it seems the logical thing for them to do."

So, you could develop software that can save time, reduce errors, and add several new levels of functionality. However, Lewis says the company might be thinking about how much they spent on their last software package and how hard it was to transition everyone over.

"At the end of the day, they often will simply go with what they know and what they have already been doing, even with the knowledge that a new acquisition could bring additional benefit," he explains.

Also, in the past, there was one decision-maker that you needed to reach and convince. However, that model has changed.

"Decisions are now made through a dynamic network of decision influencers — so someone has to line up all the ducks inside that organization and convince others, despite their agendas and own individual needs, to agree and support moving forward with the acquisition,” Lewis explains. “Most people simply have too much to do, and simply run out of steam during the process."

When dealing with both individuals and companies, Martyn says there is a tendency to believe so strongly in your product that you assume a prospect isn’t buying because they just don’t understand the value it could deliver.

"The response, then, is to continue to use assertive persuasion until they ‘get it’ — when that’s not the issue at all; instead, it’s the other priorities, implications, politics, fit." And the people on the selling side tend to trivialize the buyer’s thoughts and actions.

"They act as if the buyer lives in a far simpler world than they do and that their offering is among the few things that individual has to assess and work with," he says. "But, the reality is that the buyer’s world is many times more complex than imagined, with far more choice, alternatives, changing priorities and other people than ever imagined."

Martin advises against getting into a situation in which you’re chasing a deal that you’re unlikely to close — but he admits that’s easy to say and incredibly hard to do. "Once again, it goes back to the belief that if someone ‘gets’ the offering they will surely buy." He says countless sales people are trying to close deals with customers who aren’t even in a buying process.

Instead, he recommends targeting the right audience and having a deep understanding of their buying journey. "Understand all the players that are likely to become involved, what they are going to do, how they will make their decisions, what choices and alternatives they face, and most importantly, the buying concerns that are likely to come up."

According to Steve Damerow, founder and chairman of The Incentive Solutions Group, companies used to be able to cold call to build a sales funnel, or leverage a salesperson’s personality and product knowledge. "However, according to a CEB/Gartner study, 57% of the buyer's journey is already complete by the time the buyer and seller talk — and Google research claims B2B buyers average 12 searches before a contract is made."

Instead of pushing your product, serve as an objective advisor to earn the buyer’s trust. "Salespeople can differentiate themselves in the workplace as a teacher who serves up education versus someone engaging in a one-way conversation about the features of a product."