How cultural differences can affect learning 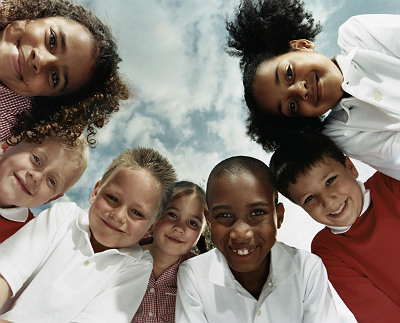 Culture is a part of language. Even vocabulary can be culturally loaded.

For example, the dictionary may say that "pain" in French and "bread" in English represent the same physical object, but the cultural load will be different. In Turkish, "ekmek" is bread, but it is more than a food item. One does not merely throw old bread away; it is carefully wrapped before being put out.

The instructor cannot be an expert on every culture but should be aware of some of the more common areas of potential conflict.

Even similar cultures show differences that affect human relationships. Germans, for example, are much more concerned about personal space than Americans, even if they are living in somewhat cramped quarters. Doors must be kept closed.

Another example of a cultural difference can be seen in France where a manager will not have a large imposing office as in America. Rather he will share the office space with assistants. A French text gives these interesting cultural notes on visiting friends:

"You give a small gift to your hostess, usually flowers, but never chrysanthemums, because in France the chrysanthemum is the flower for the dead!"

"You have the 'aperitif' just one usually, and you sit down. You take your napkin, but be careful: don't shake it, your bread might be inside, especially if it is a formal dinner."(Paul and Beverly Pimsleur in "C'est la vie")

Even the method of walking can differ across cultures. Americans tend to walk with a free and easy gait, while the French walk as if they are in a confined space.

Differing concepts of time also contrast across cultures. Americans are future-oriented, while Hispanics are oriented toward the present moment. For Americans, time is monochronic and linear, like a road. It is "rationed, segmented and scheduled," according to Marian Mikaylo Ortuno.

Concerning time, we emphasize doing rather than being. We save, spend, lose, make up, waste, accelerate, slow down, run out. Time flies, crawls, catches up with us and so on. For Hispanics, time is polychronic, loosely scheduled with many things going on at once.

Americans dealing with Hispanics may feel that they are not getting full attention. An 8 p.m. dinner means guests will arrive at 8 or soon after, but the Latin Americans will come about 9, and the Japanese might not show at all having politely accepted the invitation to avoid having to say "no." In contrast, a Norwegian guest will have already arrived with a small gift.

Faculty and staff should keep the cultural differences in mind when dealing with students and parents. Also in contrast to the American system of casual acquaintances, in the Hispanic world, friendship is highly valued and often extends to the next generation.

As far as their world view is concerned, Ortuno writes:

"Hispanics view the rest of humanity as a mixture of good and evil, subject to change owing to circumstances. They use a person-centered set of criteria for evaluating people, while Americans tend to emphasize sameness, ignoring cultural differences since we are all human.

As far as the relationship with nature is concerned, Americans rely on facts, reason and logic. They exploit the environment for personal profit. On the other hand, the Hispanics see man as a part of nature; he lives in the world and with the world exploiting it only for survival. Man is affected by fates and other mysterious forces beyond his control. Man is at the mercy of the 'invisible and dangerous powers of nature.'"

Americans see a distinct separation between man and nature. The world is physical without a soul or spirit. It is purely material. Other cultural groups — Native Americans and Asian, for example — see a spiritual side to nature, and they believe that man should live in harmony with this soul of nature.

Americans strive to control nature, to overthrow it, in contrast to eastern cultures. The "new age" ideas of oneness with nature come from the basic ideas of eastern mysticism and are not really new at all. The western culture of subduing nature may come from the biblical injunction to subdue the earth.

In spite of the recent upsurge in environmentalism, mastery over nature seems to be almost divinely ordered as part of our duty to overcome obstacles. The natural world is an inexhaustible source of wealth. We feel that today is a bridge to a better tomorrow, and we do not overly concern ourselves with tradition or the past.

Americans view relationships differently. American society is highly mobile. People move to new jobs and new neighborhoods and seldom make the lasting friendships found in other cultures. They are reluctant to get involved, and they keep their friends at a safe distance to avoid hurt feelings down the line. Friends are compartmentalized according to where they are met — church, work, college, children's school, clubs, etc.

Many of the core concepts that form the basis of the educational systems are different from those in the West. In the West, people question and think outside the box, while Asians memorize and do not question authority. Collectivism is the rule as contrasted to the individualism of the West.

According to Keiko Komiya Samimy, the Japanese will feel ill at ease at first in ESL classes, but they need to acquire the classroom discourse patterns that will help them move toward language acquisition. The cultural aspects of English are part of the linguistic competence that the students are striving towards.

"Learning how to ask questions, how to take turns, and how to disagree politely, to name just a few features, is a critical aspect of sociolinguistic competence," Samimy writes.

Even the method of shaking hands can show a cultural variation. Japanese use a weak grip and do not maintain eye contact, for example.

Cultural differences may block communication unless the teacher is sensitive to different cultures. As students expand their knowledge of cultures through language learning, they continually discover perspectives, practices and products that are similar to and different from their own culture, and they develop the ability to hypothesize about cultural systems in general.

Knowing these cultural differences will help ESL instructors and administrators as well as the regular teachers who have international students in their content-area classes.