How a new school facility can improve learning 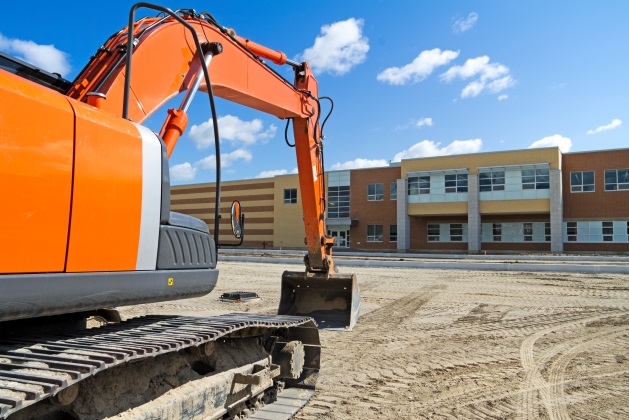 "The same boiling water that softens the potato hardens the egg. It’s about what you are made of, not the circumstances." Years ago, as a high school math teacher, this quote was displayed in my classroom as a way to remind my students that, regardless of their circumstances and their environment, they could overcome adversity and succeed.

In life, we make do with the hand that is dealt to us. We find a way to exploit our strengths to compensate for our differences. Yet, for all the promise of a positive outlook when dealing with shortcomings in life, the reality is that sometimes an upgrade can go a long way towards changing one’s promise for a better future.

In America, there are nearly 100,000 public and charter schools scattered across our 50 states. They represent a combined 6.6 billion gross square feet of instructional space, sitting on over 1 million acres of land.

According to this report back in 2011, school districts had an estimated $271 billion of deferred building and grounds maintenance in their schools, excluding administrative facilities, which averaged $4,883 per student. Having an adequate facility for schooling matters.

Inadequate space can lead to other unintended problems, such as lost instructional time due to building closures because of poor indoor air quality, mold, water leaks, or other similar issues.

The middle school in my New Hampshire school district had to close its 8th grade classroom wing for an entire calendar year when a heavy snow load compromised the roof structure. Classrooms had to be relocated to other district facilities, causing major disruption to all involved.

In the fall of 2006, I began my principal career at a high school that had recently moved from a building constructed in 1883 to a new, state-of-the-art facility just down the road. After over 100 years of "making due" with sub-par school facilities, my students suddenly had a space that was built with their educational program needs in mind.

Over time, I have watched a tremendous growth in school pride and, more importantly, our school community. The growth has been seen in both students and staff, and data points to significant decreases in discipline issues and increases in student engagement and achievement.

It is easy to argue that the building itself has contributed to this rise, but the reality is that the building was only the foundation and the inspiration for the work. The real heroes in helping us get where we are today have been the educators who have made the most of the space and used it to turn the tide with students and staff.

In a recent EdWeek blog, writer Daarel Burnette asks whether or not moving into a new school building improves learning. Burnette reports on this working paper by two researchers from the California Policy Lab at UCLA and Cal-Berkeley, which was recently presented at the Association for Education Finance and Policy conference.

Burnette reported, "Researchers Julien Lafortune and David Scönholzer tracked the individual test scores, classroom grades, and attendance rates of more than 5 million individual Los Angeles Unified School District students between 2002 and 2012, before and after those same students moved from overcrowded, dilapidated schools to new facilities. They concluded that a more-than $10 billion, multiyear school construction effort had a positive academic impact on students."

Los Angeles is, perhaps, a great case study to show the impact new school facilities can have on student achievement. For two decades, from the mid-1970s to mid-1990s, the district didn’t build any new schools. Students became accustomed to surviving on staggered, year-round schedules, with time spent packed into portable units.

Many instructional spaces lacked air conditioning and were crumbling. Then, between 1997 and 2008, more than $10 billion was spent in new school construction, with 131 schools built, 65 campuses expanded, and 170,000 new seats added to the district. It was one of the largest school construction campaigns in the country in recent years.

In recent years, America is trending upwards in its spending on school facilities, with more than $49 billion per year on new schools and major capital projects, and $46 billion a year for maintenance and operations. Yet, for all that spending, Burette reports that it will cost more than $925 billion over the next 20 years to get every school into "overall good condition."

The challenge for school leaders and policymakers is to justify that the return on the investment for school construction projects will yield an increase in student achievement. Early results show that this is possible.