Housing market in 2018 likely to be more of the same 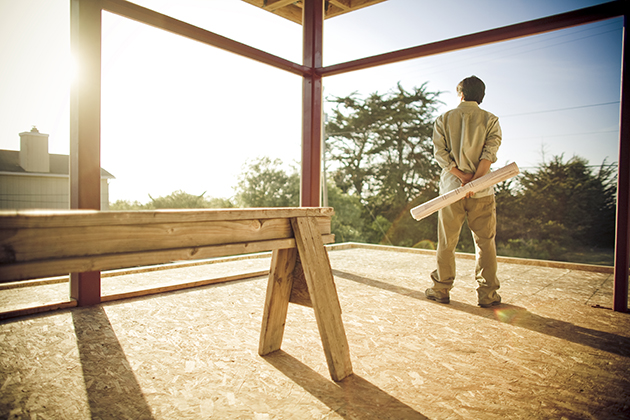 Early forecasts of next year's housing market exhibit trends that will look familiar to builders and realtors.

Although they vary somewhat in the details, the forecasts predict yet another year of tight inventories, rising prices and low rates of home ownership. These trends will be ameliorated somewhat, but experts anticipate it will not be until late 2019 or 2020 before the market evens out.

First, let's acknowledge the elephant in the room. Any or all of the following predictions could be altered substantially depending on what emerges finally from the current federal tax reform bill reconciliation process.

Up to now, concern about the nation's housing situation has not weighed heavily on legislators' minds. However, other provisions affecting deductions and tax liability could impact how much prospective buyers could afford to finance and, consequently, home prices and sales.

Assuming for the time being conditions will remain status quo — which seems highly unlikely — next year should bring some relief to more affluent home seekers.

According to Realtor.com's 2018 National Housing Forecast, due to increased demand, prospective buyers should find more inventory available in the mid- to higher-priced segments of the market by spring buying season. This, in turn, will slow the rate of home price increases, from an estimated 5.5 percent in 2017 to 3.2 percent next year.

MetroStudy's most recent National Residential Economic Report also foresees prices gradually declining over the next five years. However, industry experts and economists who participated in a recent Zillow and Pulsenomics survey were somewhat less optimistic.

Based on increasing demand and the continued slow pace of new housing construction, they expect the current level of shortages of both new and existing homes to remain about the same next year, causing prices to rise about 4.1 percent — still lower than this year, however.

The all-important category of entry-level buyers, who make up a sizable portion of all prospective buyers, will be most affected by shortages and rising prices. In its "2017 Profile of Buyers and Sellers," the National Association of Realtors reports that the share of sales to first-time home buyers in 2017 inched backward to 34 percent (from 35 percent in 2016), which is the fourth lowest share since 1981.

Most affected will be millennial house hunters, who now constitute around 40 percent of all home buyers. Many will remain shut out of the market because of the lack of affordable homes to purchase.

Together, these two trends could have long-term consequences for the housing market. Experts in the Zillow survey noted that the near-record-low home ownership rate, currently at 63.9 percent, is likely to stay around the same level, or possibly increase to 64.2 percent.

As noted above, all of these scenarios are subject to change in the coming months. At present, 2018 is shaping up to be a better year for home builders but perhaps not for home buyers.