Housing industry looks past December to the year ahead 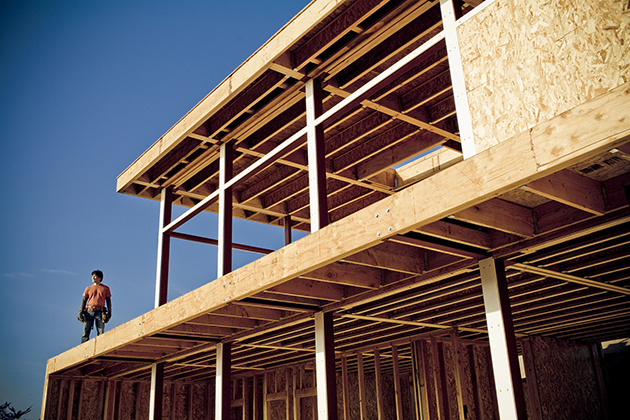 Housing activity across the board slumped in December as the industry continued its pattern of waxing and waning growth. Despite the decline, final estimates show the industry came out ahead for the year.

Forecasters are optimistic that growth will trend upward in 2018, but caution it may not be until the second half of the year that activity will begin to accelerate.

Due to weather and the holidays, December historically has been a slow month for the housing industry, so it is no surprise that indicators were down in all parts of the industry. Sales of new homes declined by 9.3 percent, the biggest dip in 16 months, after soaring by 17.5 percent in November.

Existing home sales, which also enjoyed a 5.6 percent bounce in November, fell by 3.6 percent. Of more concern was the drop in new construction, with housing starts down 8.2 percent after two months of growth in October and November, including an 11.8 percent plunge in single-family construction. Requests for permits remained more or less flat. However, completions rose by 2.2 percent, with single-family completions increasing by 4.3 percent.

All in all, 2017 turned out to be a better year for new home sales. Reflecting the shift in available inventories, purchases of new homes experienced growth in eight out of 12 months, ending up 14.1 percent ahead of 2016.

On the other hand, housing starts recorded positive growth in only four months in 2017, and completion rates are well below historic levels.

Lack of inventory and rising prices will continue to drag on the industry in 2018. Fannie Mae reports that its Home Purchase Sentiment Index decreased by 2 points in December, with the proportion of respondents who believe now is a good time to buy a home dropping by five percent from the previous month. Inventories of existing homes are now at 3.2 months' supply (10.3 percent below last year). New home inventory currently stands at around 5.7 months, just slightly under preferred market conditions.

Frigid conditions will certainly have put a damper on activity this month, but industry analysts see potential for further growth later in the year. Forecasters expect new home construction to pick up its pace in 2018, resulting in a strong buying season in the second half of the year. High levels of employment, job stability, a strengthening economy, rising wages, and tax reform are all expected to keep demand for housing strong.

"Housing demand should continue to grow in 2018," observes NAHB Chief Economist Robert Dietz. "As the overall economy strengthens, owner-occupied household formation increases and the supply of existing home inventory tightens, we can expect the single-family housing market to make further gains this year."

"Rising wages and the expanding economy should lay the foundation for 2018 being the turning point towards an uptick in sales to first-time buyers," he said. "However, if inventory conditions fail to improve, higher mortgage rates and prices will further eat into affordability and prevent many renters from becoming homeowners."

The challenge for housing will be whether it can meet demand at prices most people can afford.