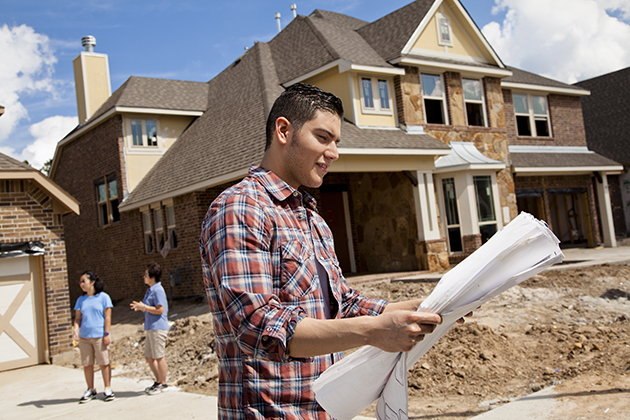 Housing construction roared back in October, quickly recovering from the setback in September resulting from hurricanes, floods and fires. New home sales continued to rise, as did sales of existing homes.

Altogether, the industry experienced its most solid performance for the year as builders and realtors strive to keep up with increasing demand in the face of ongoing challenges. Weather permitting, the industry seems headed toward another year of positive, if modest, growth.

Although it has been yet another year of ups and downs, the industry appears to have finally emerged out from under the cloud of the housing market implosion that began nearly 10 years ago. New home sales, which leaped nearly 19 percent in September, rose another 6.2 percent in October, reaching a 10-year high. Sales were close to 19 percent above what they were at the same time last year.

In addition, due to recent upticks in completions — which jumped 12.6 percent for the month and are up 15.5 percent for the year — inventory is now sufficient to last nearly five months at the current rate of demand. That should help to sustain sales as the winter months approach.

The ongoing shortage of existing homes for sale continues to drive demand for new properties.

Housing starts (in number of units) in October were up 13.7 percent, having declined by 4.7 percent in September. Single-family starts increased 5.3 percent for the month. Requests for permits, which fell by 4.5 percent in September, rose 5.9 percent overall and nearly 2 percent for single-family homes. According to Dodge Data & Analytics, residential construction (in dollar volume) held more of less steady from the previous month but is up 8 percent over last year.

Sales of existing homes also picked up in October, experiencing a gain of 2 percent for the month, notably better than September's rise of less than 1 percent. However, sales are down by nearly 1 percent from last year, hampered by rising prices and low inventories, which fell by 3.2 percent in October and are more than 10 percent below 2016 levels.

At present, industry indicators are mostly positive. The National Association of Home Builders announced that its Leading Market Index for the third quarter showed a modest growth rate of 1.03 percent over the previous quarter, noting, however, that production for the year is lagging behind normal activity. The NAHB's Housing Market Index, which measures builder confidence, increased by 2 points to 70 at the beginning of November, reaching an eight-month high, with builders reporting a rise in current sales and buyer traffic.

While consumers are generally positive about their situation, some confidence indicators slipped in October, which could result in a decrease in housing market traffic. The University of Michigan reports its Survey of Consumers recorded a slight drop in confidence overall in October (98.5) following a 10-year high of 100.7 in September, with consumers indicating some concern about their future expectations.

On the other hand, the Conference Board states its Consumer Confidence Index was up for the second month in November, with more consumers feeling good about business and employment conditions. Gallup also finds that consumer confidence has rebounded to near-high levels for the year, which may help to account for the notable increase in consumer spending over the Thanksgiving holiday.

All in all, indicators and trends are favoring the housing industry at present. It should continue to see growth in the months ahead, although production challenges and tight inventories will keep gains moderate in much of the country.