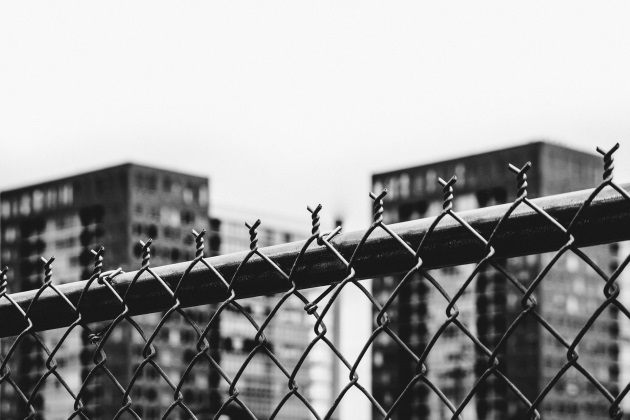 No discussion of the state of housing in the U.S. can be discussed without addressing the constant thread of race that has been woven through the debate from day one. Housing is only one component in the persistent racial divide in the U.S., but because shelter and wealth have become so intrinsically linked, housing is an area that has an outsized impact on inequalities.

As of 2017, over 63 percent of whites owned their homes, compared to only 47 percent of non-whites. Explicit segregation laws have not determined the legal basis for housing allocation since landmark court decisions like Shelly v. Kraemer in 1948. Today, you are breaking the law if you display explicit racial prejudice in the housing sector.

But one look at America’s public housing estates will reveal a starkly divided country. Indeed, the housing divide in over 20 metropolitan areas today is so stark that they have been qualified as "hyper-segregated."

To find the roots of the problem, we need to look back to a piece of legislation in the 1930s and the red ink that created a more tenacious divide than any physical barrier can.

"Is this about race?"

In David Simon’s 2015 HBO mini-series "Show me a Hero," a white Yonkers, New York, resident involved in protests over the construction of low-income units in their neighborhood is asked, "Is this about race?" She responds that of course it is not, that this is an economic issue, about property rights…our freedom from social engineering.

Indeed, residential segregation today is not based on explicit racial discrimination but is the result of decades of policies that have systematically excluded black communities from one of the great drivers of wealth in the 20th century — home ownership.

While explicitly racist and segregationist policies (and shameful reminders of the physical divides of Detroit’s Eight-Mile Wall) may be more distasteful to us, the truly long-lasting impact on segregation was caused by far more subtle discriminatory lending practices, which targeted the ability of different groups to access capital.

The power of red ink

The National Housing Act of 1934, as part of President Roosevelt’s New Deal, sought to revive mortgage lending to help the U.S. recover from the Great Depression. It did this by providing federal guarantees of repayment to mortgage issuers.

The Act did provide fuel to the ensuing housing boom and explosion of home ownership. However, in order to do this, neighborhoods had to be graded for the level of risk they represented. This so-called "red lining" sealed racial discrimination into the housing system, and the effects still echo to a remarkable extent in the present day.

The practice of "red lining" is so named for the red ink that was used on city maps drawn up by the Home Owners’ Loan Corporation (HOLC) to highlight "hazardous" areas deemed too risky for investment. The very presence of the ethnic minorities discounted the value of the area, and loans were either unavailable or very expensive.

It put in place a system where racially restrictive covenants were routinely imposed in order to maintain a neighborhood’s "racial stability," and therefore its grading for securing finance. This in turn meant that when the government brought in the GI Bill to aid veterans returning from World War II, African-Americans were again excluded from the spoils.

Because family wealth accumulates over generations, this locked generations of people into areas of concentrated poverty that have shaped the "social ills" of the infamous "projects" today. Much of the grading of areas in the 1930s maps closely onto the demographic mix today, 80 years later. The link this drew between race and property prices has helped to lead to what Simon portrays in Yonkers — two parallel worlds co-existing (and rarely overlapping) on different sides of the same city.

Attempts to undo the damage: The Fair Housing Act and Section 8

As residential segregation became recognized as a social ill in itself, there were some attempts to roll back the impact of earlier legislation.

Amid the fervor of the Civil Rights era, President Lyndon Johnson took the chance to push through the 1968 Fair Housing Act, which for the first time made it unlawful to refuse to sell or rent to a person on the basis of their race.

The major problem with the Act, of course, was that it came too late. By this time, the properties were already unaffordable to black families that had been excluded from purchasing them in recent decades. In the meantime, white families who were early on the housing ladder had been accruing the benefits of generational wealth and access to services that their housing allowed them.

The Act succeeded in cracking down on the distasteful explicit discrimination, but did not have the teeth to enforce genuine desegregation and to chip away at the systemic obstacles that had already led to increasingly high levels of segregation in American cities. In 2015 the Obama administration revisited the bill in an attempt to give it these teeth— to require cities to proactively address disparities suffered by protected groups, to the relief of many housing advocates.

However since then, as we all know, the political winds have changed. In 2018, HUD head Ben Carson parked the law, which he had derided as unacceptable government overreach and social engineering.

The "Section 8" Housing Choice Voucher Program was born out of quite a different era — a product of the 1970s, this was a time where vast publicly funded housing developments had fallen firmly out of favor.

By allowing low-income tenants to pay 30 percent of their income on rent, with the rest topped up by federal money, the voucher system was supposed to design choice into the spatial arrangement of American communities, so that families could move out of “problem” neighborhoods and access good schools and other benefits.

However, the consensus is that the poorly designed policy has failed to desegregate neighborhoods, in part because landlords in affluent areas are routinely excluding voucher-holders from renting. Those that will accept voucher holders tend to be in exactly the low-income "ghettos" the policy was designed to get them out of.

Other attempts to tweak the system have come in the form of the 1974 Equal Credit Opportunity Act, and the 1977 Community Reinvestment Act. But progress has been mild at best.

The elusive goal of the even playing field

The racism brought to light in "Show Me a Hero" is a devastating one. Even if it is a more polite variant than that aired by some of the characters shown in footage used in Chad Friedrichs’ documentary tale of the Pruitt-Igoe complex — 1950s families who sit on their suburban doorsteps and shamelessly explain that they moved to this neighborhood because they would be surrounded by white people, and they want it to stay that way.

Such long-term systemic impact is difficult to reverse through tweaks to legislation, as the Obama administration found out. Many today have forgotten that residential segregation did not happen by chance — Carson, among others, deride the Fair Housing Act as government overreach, while conveniently forgetting the audacious Act of engineering from the 1930s that caused the problems the U.S. is dealing with today.

As you might expect, President Trump (whose company was sued in the 1970s for violations of the Fair Housing Act) have been seeking to roll back regulations that prevent discrimination in housing.The long, drawn-out story of housing and race shows how difficult it is to even a playing field that was born so dramatically uneven.