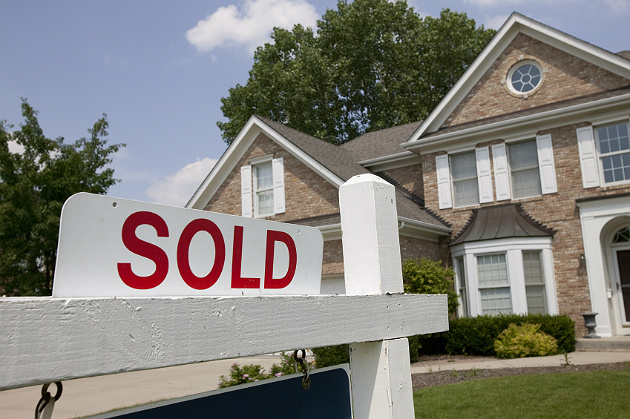 Across the board, housing activity weakened in the month of April as markets readjusted following brisk business in March.

With consumer confidence and housing demand both high, one might have expected April's indicators to show an upward trend. Challenges in both the construction and real estate sectors, however, have resulted in a shortage of inventory that is hampering sales.

Nonetheless, builders and experts point to continued year-over-year gains and positive economic news as signs that the industry is on track to have one of its best years since the onset of the last recession.

Builders took a hit in April, as housing starts (in number of units) declined for a second month in a row (down 2.6 percent month-to-month from March's decline of 6.8 percent) and new home sales plummeted 11.4 percent after three months of gains in the first quarter. Single-family starts remained nearly flat (up 0.4 percent), and requests for single-family permits were down 4.5 percent from March. In addition, estimates for March activity were adjusted downward somewhat.

Dodge Data & Analytics also reported a 5 percent decrease (in total dollar volume) in residential construction in April, including a 6 percent drop in single-family construction. Still, business has managed to keep pace ahead of last year, with all indicators trending upward year to date.

The slowdown in new construction, along with price increases for new homes, gave existing home sales a boost in March to their highest peak in 10 years. With many current homeowners choosing to remain in their homes, all that activity reduced the supply of available inventory, resulting in a drop in existing home sales of 2.3 percent in April.

"Demand is easily outstripping supply in most of the country, and it's stymieing many prospective buyers from finding a home to purchase," said Lawrence Yun, chief economist for the National Association of Realtors (NAR).

Although conditions have improved somewhat for the industry, it continues to be buffeted by competing factors. Household incomes are improving as the country approaches full employment and salaries begin to rise. Mortgage rates have stabilized for now, and credit is more readily available. This larger economic trend is increasing demand for home purchases.

Fannie Mae's Home Purchase Sentiment Index rose 2.2 percent in April, with the net share of Americans who reported that now is a good time to buy a home increasing by 5 percentage points. But rising home prices and a shortage of affordable inventory is increasing competition and preventing would-be buyers from becoming homeowners.

According to the NAR, the median price of an existing home sold in April was $244,800, up 6 percent from the year before. The median price of a new home was $309,200 in April, and the average price was $368,300 — both down from the previous month but still substantially higher than what many buyers can or wish to pay.

Consider that median U.S. household income rose 1 percent in April, its highest level since 2000, and real income was up just 0.01 percent. Current owners are seeing their home equity increase as prices rise, but with little incentive to move up to a newer home, most are choosing to remodel instead.

For buyers, sellers and builders, expectations are clashing with economic reality. Metro Study's Residential Economic Report for the first quarter of 2017 foresees pent-up demand for affordable housing continuing for the next two years, with housing shortages continuing to become more intense throughout 2018 and into early 2019.

Still, builders and industry experts remain optimistic that demand will eventually win out. The National Association of Home Builders (NAHB) announced builder confidence increased somewhat in May, with builders reporting an uptick in current sales and expectation for future sales.

The NAR's mid-year forecast, noting that first quarter sales exceeded all expectations, predicts 2017 will be "the best year in a decade" for existing-home sales, which are poised to climb by 3.5 percent over 2016. Fannie Mae, which believes challenges and demand will balance out, projects 3 percent growth.

The NAHB points out that even with April's precipitous drop in new home sales, total home sales (in units) for 2017 are 11.3 percent higher than at the same time last year. It "expects new home sales to continue to progress along the established, modest growth trend," in part boosted by the tight inventory of existing homes.

With the pool of prospective buyers growing, the odds would seem to be in the industry's favor.