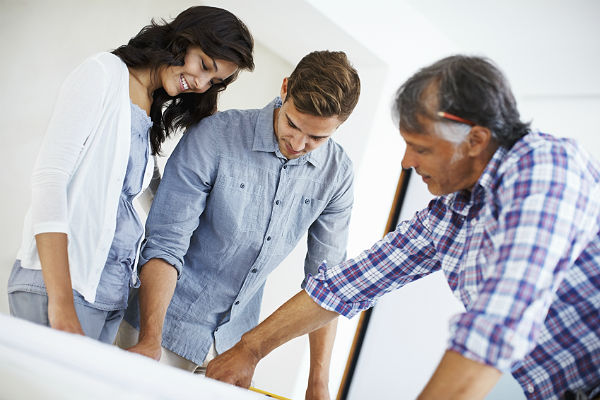 Positive economic and employment news, along with declining gas prices, have boosted consumer confidence to its highest level in the past seven years. With a bit more money in their pockets and less worry about job security, consumers are once again ready to spend.

And one of the areas where they are thinking about spending is on home renovation. After years of delaying improvements, homeowners are eager to upgrade their current home or purchase a newer home.

While Americans still have many concerns about the state of the nation, they are much more upbeat about the economy and their own quality of life than they were a year ago, according to Gallup's 2015 "Mood of the Nation" poll. Forty-one percent of those polled said they are very or somewhat satisfied with the state of the economy (up 13 points from last year), and most (84 percent) are satisfied with overall quality of life.

Gallup's Standard of Living Index reached a new high of +50 in December, with a record 81 percent of respondents reporting they are satisfied with their standard of living. In addition, 61 percent said their situation is getting better. Both indices reached their highest scores in seven years, as did The Conference Board's Consumer Confidence Survey Present Situation Index at the end of December.

With a more positive outlook, consumers have resumed spending again. Gallup reports spending in December had returned to some of the highest levels of 2014 after dipping during the fall. The continuing decline in gas prices may provide some additional momentum in January, which traditionally is a slow month for consumer spending.

Among areas where consumers are looking to spend is the home. As had been projected, the remodeling industry finished the year on a strong note. The National Association of Home Builders' (NAHB) Remodeling Market Index (RMI) posted a record-high result of 60 in the final quarter of 2014.

"The upward trajectory of the RMI results over the past year has shown that home owners are ready, willing and deciding to remodel," stated NAHB Remodelers Chair Paul Sullivan in announcing the results.

The National Association of the Remodeling Industry's (NARI) Remodeling Business Pulse (RBP) showed activity slowed in the fourth quarter somewhat after two quarters of growth. But the momentum was still positive, with 67 percent of remodelers experiencing growth and 73 percent expecting increased business in 2015. The main drivers of growth were projects that previously had been postponed (70 percent) and improved consumer sentiment about future security (63 percent, up from 43 percent in September).

Demand for home improvement, renovation and remodeling has been growing for some time. Recently, the Demand Institute, a nonprofit consumer research organization, surveyed more than 10,000 U.S. households about their current living situation and what was important to them in a home. They discovered a number of "gaps" between what homeowners say they need or want and their current living conditions.

After years of delaying improvements, nearly 3 in 4 households (70 percent) said their home requires repairs. Among the top projects mentioned were repainting and replacing carpeting or flooring, kitchen remodels and bathroom remodels.

Altogether, the Demand Institute estimates that within the next five years U.S. households will spend more than $700 billion renovating their current homes.

The most recent Leading Indicator of Remodeling Activity (LIRA) forecast from the Joint Center for Housing Studies at Harvard projects weakened spending on home improvement in 2015 as a result of sluggish home sales.

However, noted research analyst Abbe Will, "contractor sentiment remains favorable overall. House price gains are moderating but still strong and home sales appear to be turning a corner now, all of which bodes well for continued, if more moderate, home improvement gains for 2015."

While some sectors of the home improvement industry may lag, at least for now the signs are promising for remodelers.