Home sales soar, and so do prices 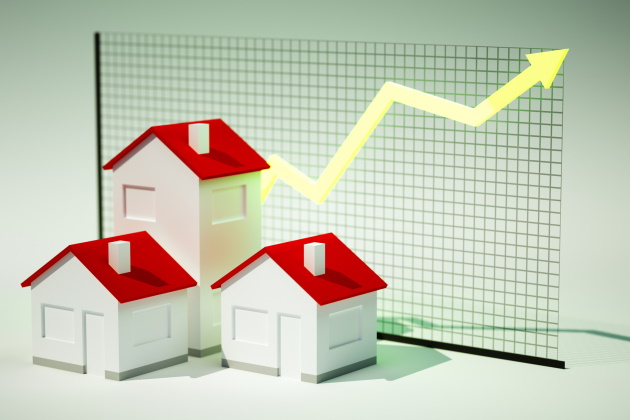 The homebuying spree that began in June continued into July, fueled by a shift toward larger, suburban homes and low mortgage rates. However, although improved somewhat, inventory of homes for sale remained low.

That combination of low supply and high demand increased competition for the homes that were available, pushing up the cost of purchasing a home to record levels.

Overall, sales of existing homes leapt 24.7% for the month, a new monthly record, following a 20.7% increase in June. Sales are up 8.7% from July of last year, a situation few real estate agents would have anticipated in March or April. Total inventory ended the month down 2.6% from June and 21.1% from a year ago, as the number of buyers outstripped the number of sellers. Most homeowners are reluctant to sell or relocate with the coronavirus pandemic flourishing in many parts of the country.

Online real estate broker Redfin reported that in the 85 metro areas it tracks the median price of a home sold in July was $323,800, a new all-time high and the third in four months. At the same time, listings of available homes for sale dropped to a record 21.8% below those in July 2019. Sales of all homes were up 21.7% for the month and nearly 5% for the year.

For the second month in a row, sales of new homes also increased along with those of existing homes, up 13.9% for the month, similar to June’s growth pace of 13.8%, bringing year-over-year sales 36.3% higher than in July of last year. The median and average sale prices rose only slightly above those of June, at $330,600 and $391,300, respectively.

Inventory of new homes for sale dropped from 4.7 to 4.0 months’ supply, as housing completions slowed. New single-family home starts, however, grew by 8.2% for the month, and permit requests were up 17%. The Mortgage Bankers Association (MBA) announced that mortgage applications for new single-family home purchases were 39% higher than a year ago, although just 1% above June. The average loan size was $345,929, more than a $7,000 increase.

While the unexpected surge in sales has been good news for the housing industry, the rapid escalation in prices is cause for concern. At present, those who have a desire to move and the means to purchase a home are taking advantage of low mortgage rates and expanded work-from-home options to buy while they can. For many would-be buyers, however, current market conditions are pushing home ownership further out of reach. That could result in a tapering off in sales in the coming months.

Fannie Mae’s Home Purchase Sentiment Index (HPSI) fell 2.3 points in July, after two consecutive months of advances, largely due to a drop in consumer confidence (down 19 points from June) that they would be able to buy a home. Rising home prices, along with concerns about potential job loss and reduction in household income were the major factors for the more pessimistic outlook.

In reporting the results, chief economist Doug Duncan said, “Not surprisingly — more than any other respondent groups — renters, 18-to-34-year-olds, and households earning less than $100,000 think it’s a bad time to buy a home, which we believe suggests a less favorable outlook for first-time homebuying activity.”

Another factor that may weigh on the market is the looming possibility of large numbers of homeowners defaulting on their mortgages due lack of income and government support as a result of restrictions caused by the COVID-19 pandemic. In a recent article for the National Mortgage News, Steve Gaenzler, senior vice president of data and analytics for the mortgage insurance company Radian Group, noted that future changes to housing policy could blunt future momentum in the industry.

For now, the housing industry is enjoying a bright moment in what was expected to be a gloomy year. But it could become a victim of its own success if prices and inventories fail to stabilize.