Hitting the jackpot with the Astrovette 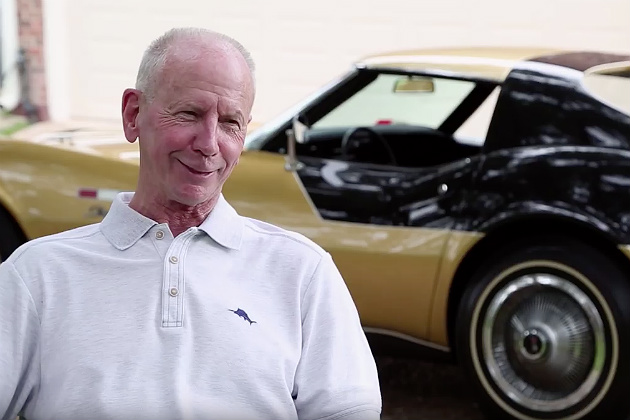 In 1971, ad man Danny Reed drove past a used car lot in Austin, Texas. It would be decades later before the lottery came to Texas, but he hit the jackpot anyway that day.

Since Reed was both a Corvette and U.S. space program enthusiast, what he saw on the car lot had him making a U-turn almost immediately.

"I had seen an article in Life magazine a couple of years before that," he remembers. "The piece showed the three Apollo 12 astronauts standing beside their almost identical '69 Corvettes. When I saw that Corvette on the used car lot, I was certain it was one of those cars."

Appearing in a 1969 issue of Life magazine, this photo shows the three Apollo 12 astronauts posing with their nearly-identical and unique Corvettes. Each astronaut was allowed to drive his car on a special lease program for one dollar a year. (Photo: Life)


Reed put on his best poker face and entered the tiny office of the used car lot.

"What's the story on that Corvette out there?" he casually asked.

He was told that they didn't really know, but they had been instructed to take closed bids on the car. Reed knew that in 1971, the average value of a used '69 Corvette was about $3,200. He dutifully entered a bid of $3,230 for the Corvette.

A couple of weeks later, the bad news came via a phone call. He didn't get the car. His bid was the second highest. So, as he recalls, "I took my 'toy money' and bought a boat."

Then, a short time later, another call came. The high bidder had been unable to come up with the money, so Reed was asked if he still wanted the car at his original bid.

He convinced his banker to loan him the money to buy the Corvette. And that's when he found out the original high bidder had likely known what Reed knew about that special Corvette. His bid had been $13,000. Ka-ching! Reed had just "stolen" his first car. 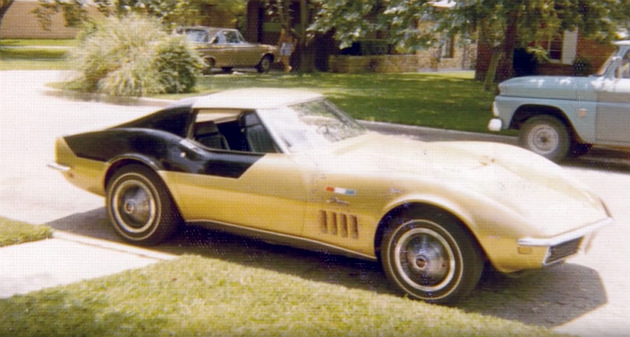 Taken shortly afterward, this photo shows the '69 Astrovette as it appeared to Danny Reed when he spotted it on an Austin, Texas, used car lot in 1971. It was a treasure that only Reed and one other had recognized. (Photo: Danny Reed)


Now, after more than 40 years of ownership of his '69 Corvette, the car would likely bring seven figures at auction. The reason why is the stuff of Corvette legend.

In 1969, former Indy winner and then Florida Chevrolet dealer Jim Rathman formulated a marketing ploy with legendary Chevy icon Ed Cole. They would cash in on the huge interest in the U.S. space program at the time by allowing astronauts to lease a new Corvette of their choosing for a dollar a year. 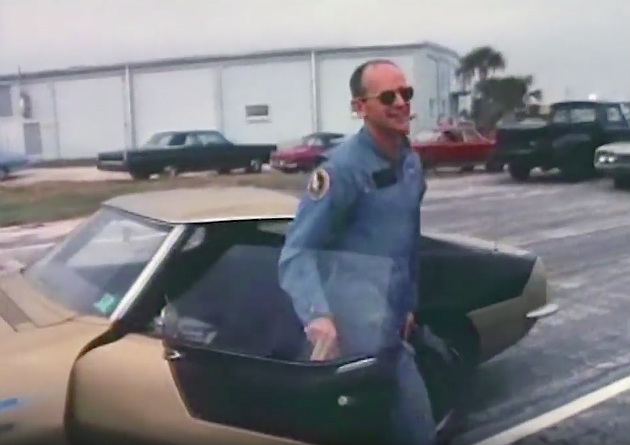 A frame grab from home movie footage of the day shows astronaut Alan Bean exiting his '69 Astrovette after arriving at the space center to continue his training for the Apollo 12 mission. (Photo: Danny Reed)

The astronauts got to drive new Corvettes, and GM got lots of extra free publicity. It was a classic win-win arrangement.

The three Apollo 12 astronauts, Charles "Pete" Conrad, Richard Gordon and Alan Bean, were among the first to take advantage of this special and short-lived program. They all ordered a design and color scheme of their choosing and drove the cars to the space center while training for their planned walks on the moon.

Reed's car had only 28,000 mostly original miles when he acquired it in 1971. He's added just 6,000 miles in the ensuing decades, but he's generous with taking the car to shows and special events. And rumor has it that the Corvette will be featured in the near future on a episode of "Jay Leno's Garage." 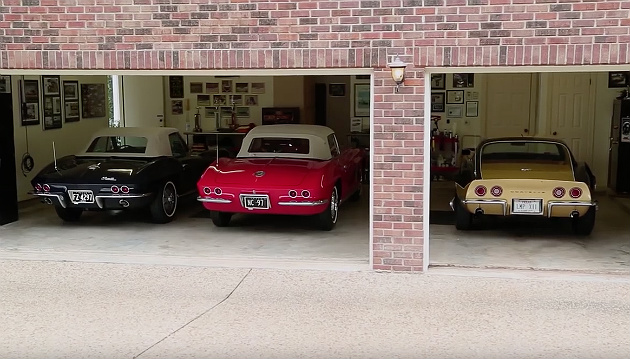 Danny Reed's Corvette collection is not one of the biggest, totaling only three cars. But the '62 and '64 roadsters are both Duntov Award winners, and the '69 is the only Corvette "Astrovette" known to exist. (Photo: Michael Brown)

And where are the other two Astrovettes? Good question. They have never been found.

But if you have a sharp eye, you might want to slow down every time you pass a used car lot. You never know — lightning could strike once more. 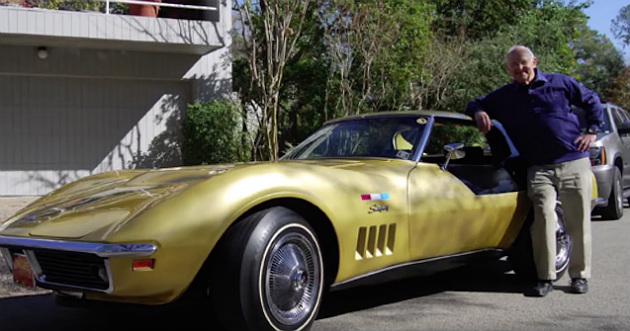 Facilitated by current longtime owner Danny Reed, astronaut Alan Bean (above) was reunited a few years ago with his leased "Astrovette" from the year 1969. (Photo: Danny Reed)

Michael Brown is a filmmaker and Corvette enthusiast/collector. He has co-hosted TV episodes about Corvettes on Discovery's Velocity Channel and produced the documentary "The Quest."