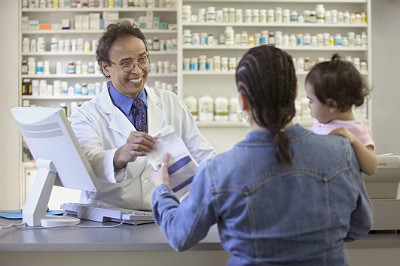 I read with great interest a Drug Topics blog post by Truman Lastinger, RPh, titled, "Is community pharmacy a dying profession?" While his article laments the loss of control of our profession to third-party actors, the storm of responses is even more telling.

The passion raised by multiple respondents calls for everything from the development of a national union to protect pharmacists' rights to a massive job walkout to improve working conditions to altering the underlying economics of the drug industry.

One of the benefits of having gray hair is that I have lived long enough to see this same question asked for 40-plus years, and the angst level generated in 1977 is not much different from what pharmacists are feeling now.

Originally, there were no drug chains. It wasn't until after World War II that chains began to proliferate. At the time, community pharmacists cried that chains would ruin the profession. Depending upon your point of view, they may have been right. However, 70 years later there are still more than 20,000 independent drug stores in America, roughly equal to the number of chain outlets.

Then, the use of computers began in the 1980s, and with that came the first third-party insurance bills. Community pharmacists lamented that third-party insurance would ruin the profession. Yet since that time independent pharmacy remains an $88 billion marketplace, according to NCPA. Chain drugs stores have proliferated, and the prescription drug market has grown.

Then, the nasty pharmacy benefit managers (PBMs) began to dominate, and community pharmacists decried their heavy-handed monopoly on prescription customers. They locked us out of networks and force-fed the public mail-order prescriptions (which they owned or controlled). Yet beginning in 2011, retail prescriptions have grown three times faster than mail order.

Yes, I think the PBMs have too much power. Yes, I think it is criminal that the federal government allows drug chains to own PBMs, essentially forcing an independent drugstore to beg for payment from their competitors. And, yes, I think it is absurd that PBMs are allowed to force-feed patients to their own mail-order facility even though a CMS study showed that community pharmacies were less expensive.

But here is the reality. Go to any town in America, and you will notice that many types of retailers have disappeared and been replaced by chain stores and franchise operators. For example, locally owned hardware stores are hard to find. But every town has locally owned restaurants, hair salons and pharmacies that are thriving.

What is the difference between a business that thrives and one that goes bankrupt?

Successful businesses have an owner-operator who understands how to market the business.

There are trends rippling through society at any given time that are going to happen with or without my permission. There are some political battles worth fighting, but political wins are expensive and slow. By the time you "win," you may no longer have a business to operate.

So with all due deference to my friends who are policy wonks, the key to survival is adapting to the marketplace in real time.

I have been in a pharmacy union as a member of Retail Clerks in Southern California, and I have lived through two different pharmacist strikes. Believe me, unions did little to help pharmacy. The answer to building a healthy profession does not lie in looking outside of us for help.

Unions aren't the answer, and legislation is not the answer. Creating a valuable product or service for which someone is willing to pay you is the only answer that always works.

Every time a major change occurs, some will get discouraged and leave the business. Others will find an opportunity and grow.

We need to teach young pharmacists the ability to adapt and thrive, rather than teach them to be employees that get paid by the hour. Many of them will end up working for wages, but the entrepreneurs in the group will start new and innovative businesses that provide better working conditions.

I just spent three days in Orlando, Florida, at the Pharmacy Development Services annual meeting with a group of pharmacists who are excited about the future and taking action to make the world a better place.

If you are truly discouraged about what the future holds, then you should make plans to attend next year's meeting. Dan Benamoz and his team produce the most exciting mind-blowing pharmacy meetings in history. It is hard to explain if you haven't been, so let me get back to the question I asked in the title of this article.

Imagine a community practice job with good pay that doesn't require you to work nights, weekends and holidays for the rest of your life. And imagine that that store is fully staffed and has the systems in place to make pharmacy fun and rewarding. This is the way good independent stores operate today.

In essence, the problem in the marketplace for community pharmacists is not that there are too many chain corporate jobs with less-than-desirable working conditions, but there are not enough independent alternatives that would allow pharmacists to leave their chain employer and practice pharmacy the way it was intended.