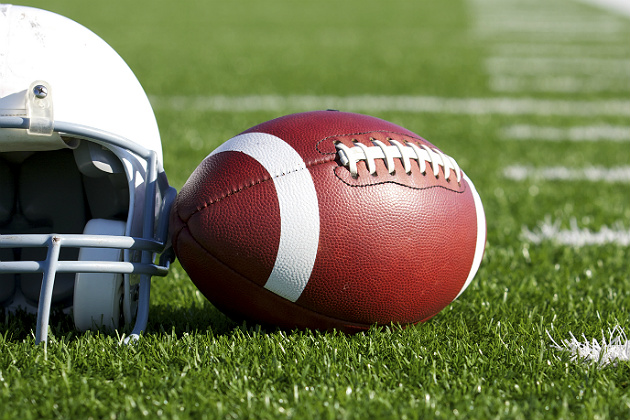 Those who know Lisa Mazur know her coaching resume is impressive. In 16 years with San Antonio's MacArthur and Holmes high schools, she compiled a girls soccer coaching record of 250-90-28 and led her teams to state-tournament appearances in 2005, 2006 and 2008.

Mazur's resume was so impressive that she won over San Marcos High School and, according to the San Antonio Express-News, will get the chance to coach football. She is now an assistant coach for the Rattlers' football team, and this winter she will be the head coach for the San Marcos boys soccer team.


It's yet another win for females in a male-dominated sport. And while Mazur didn't accept the job for the publicity, she's excited about being another positive story involving the growing opportunities for women in sports.

Gender equality has been a popular topic of discussion for decades. Coaches like Dr. Jen Welter and Collette Smith have silenced all critics who believed women couldn't coach football at the highest level. Per a recent Sports Illustrated article, eight women this summer reported to NFL training camps for internships in either scouting or coaching with the Atlanta Falcons, Buffalo Bills, Minnesota Vikings, New York Jets and San Francisco 49ers.

Mazur's story recently reached Welter, who in July 2015 was hired by the Arizona Cardinals as a preseason intern who coached inside linebackers. In accepting the position, Welter became the first woman to hold a coaching position of any kind in the NFL.

"Obviously, Lisa is a proven leader who is continuing to progress in her career," Welter said of Mazur. "For women, every woman who has wanted a coaching career and opportunity to advance, she is giving them motivation to keep striving."

The Cardinals' hiring of Welter moved the New York Jets to make a hire of their own. Over the summer, Smith was hired as a preseason intern to work with the defensive backs, according to the New York Daily News.

Mazur is a name to keep an eye on, as she adds her name to the growing list of female coaches at the high school football level. Last year, Lakatriona Brunson was named the head football coach at Miami Jackson Senior High School. She also was the first female head coach in Florida football history.

If Brunson's name rings a bell, then you're probably a fan of the truTV reality series "South Beach Tow," which ran from 2011-14. She played Bernice.

"Seeing doors open for qualified women is exciting," Welter said. "Coaching is an area where the opportunities are new, so to see Lisa's progress is a wonderful sign of progress within sports and in society as a whole."

Women are continuing to make noise in coaching football on all levels. It may be viewed as a trickle of progress, but it's a steady trickle running in the right direction for women everywhere. Consider Mazur another notch in the proverbial belt of success.