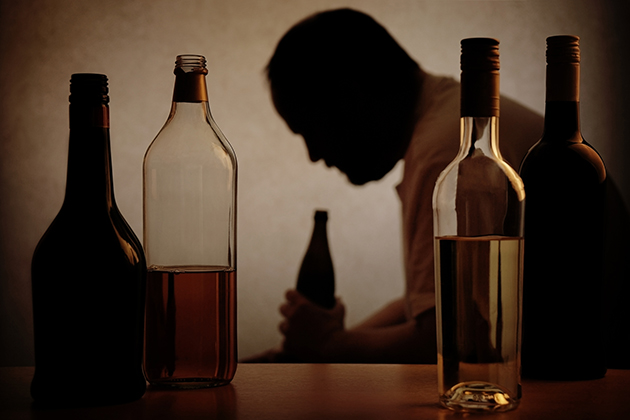 Attorneys advocate adversarially for others. By doing so they hold their clients' trust and fate in their hands. Their own willful impairment via drug and/or alcohol use would pose a shocking threat to those who may be struggling themselves — that is, not just their clients, but all those who may otherwise rely upon them, like family and friends.

A landmark study, funded by the Hazelden Betty Ford Foundation and the American Bar Association Commission on Lawyer Assistance Programs, has reached the inescapable conclusion that lawyers are almost twice as likely to be challenged by their own alcohol abuse problems than the general public. Indeed, facing unique stressors beginning in law school, attorneys are at markedly elevated risk of suffering their own substance use disorder for years thereafter.

One medical doctor, Indra Cidambi, concludes in an essay for Psychology Today that "because people in the legal profession are at an elevated risk ... they need to be proactive in reaching out and leaning on their support system before they perhaps feel overwhelmed and trapped."

Is it any wonder problems start here?

Law students turn to addictive substances to cope. To that end, the facts are clear: Many law students, within the first six months of law school, show signs of depression, anxiety, hostility and paranoia.

After 12 months, 40 percent suffer from depression, which may persist not only through law school but over the balance of one's legal career, says Cidambi. The elevated risk persists even as one's legal career blossoms.

The Betty Ford study also found that lawyers suffer disproportionately higher rates of mental health issues. And why not? Practicing lawyers may find that their ethical principles, moral values or belief systems are under assault — most often by themselves — creating great internal conflict.

Here, too, it’s not difficult to understand lawyers' attempts to self-medicate with alcohol or drugs or to obtain access to addictive prescription medications. In the study, 60 percent of survey respondents reported anxiety; 50 percent reported depression; and nearly 12.5 percent reported attention-deficit-hyperactivity disorder (ADHD).

What's the impact of such prodigious problems for such a well-known profession? The study indicated that more than 1 in 5 lawyers reported that their use of alcohol or other drugs became a challenge at some point in their lives. Of these, about 3 in 4 reported that their challenging use of drugs and/or alcohol began as soon as they started law school.

After law school graduation, of course, there are pressures at work. Lawyers must not only satisfactorily serve existing clients, but also generate new ones. That's a recipe, to many, for constant work in order to climb the corporate ladder and become a partner in the firm.

The resulting chock-full work schedule often usurps relations at home. Lawyers become so entrapped by work that they self-alienate and have no one to turn to. In those instances especially, lawyers may misguidedly rely upon alcohol or drugs.

Mental health practitioners find the situation of lawyers at once familiar and disturbingly troublesome. The point would seem to be, of course, for lawyers to find a work-life balance. How to do that is pretty well understood.

But the troubling part has to do with junior lawyers, who have virtually no control over their work schedules. As well, many have debt to pay back for law school. Both these factors tend to make a mockery of their making prescient career decisions early on.

What young lawyers can do is acknowledge that their basic welfare is tied as much to being physically and mentally fit as to being successful at work. Lawyers can consult their bosses or mentors, as well as their family members and friends, in an attempt to relieve their stress and receive the untold benefits of a support system.

Finally, if a lawyer is already facing a substance use problem, he/she would be well-advised to seek an evaluation with a substance abuse counselor.