Here’s why a suspect’s hands pose the greatest threat 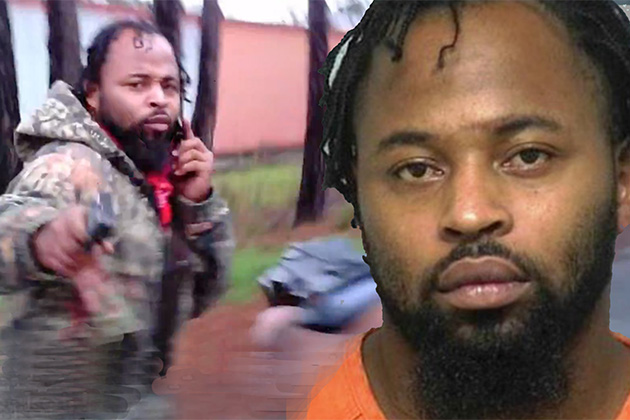 "Take your hands out of your pocket!" or some variation of this phrase remains one of the most frequently repeated commands in law enforcement. Although police officers have been yelling it for years — as we saw in the Scotty Richardson incident — it is often not the best approach.

One of the first things police officers learn is that a suspect's "hands" pose the greatest threat — indeed they do. When dealing with a suspect, an officer should be acutely aware of the ability, or inability, to see the person's hands to ensure he is not clutching or reaching for a weapon. This is a proper concern and when officers encounter someone with their hands in their pockets, the officers should immediately assume an elevated level of awareness and act accordingly.

Smith spotted a man matching that description walking away from the store along Railroad Avenue. Smith drove his patrol car a short distance toward the man, who police later identified as Orr.

Smith parked his patrol car and ordered Orr to stop. Orr refused and continued to walk away from Smith, while holding a cellphone to his ear and keeping his right hand in his jacket pocket.

As Smith was repeatedly threatening to fire his Taser if Orr did not take his hand out of his pocket, Orr removed a 9mm handgun from his right pocket and began firing at Smith. The video above shows that Smith fired his Taser; however, it is likely that one or both Taser prongs missed — in any event, the Taser had no effect.

Just as Smith fired his Taser, Orr fired three shots in his initial burst. The first shot hit Smith in the neck, another struck his left arm breaking two bones, and a third passed through Smith's upper torso stopping in his back.

The video of this incident demonstrates the danger in telling a suspect to remove his hands from his pocket in an uncontrolled manner. The suspect's hand movement is not going to be an indicator of trouble — Smith initiated the movement when he commanded Orr to take his hand out of his pocket, and Orr was doing what Smith expected. However, the first opportunity for Smith to see that Orr had a firearm was when it was too late.

Orr fired his second shot in 0.567 after his first and his third shot 0.367 later. Orr fired his first three shots within .933 seconds — likely much faster than Smith could have drawn his service pistol even if he had not had to drop the Taser and had not been shot. As officer Smith rolled away to his right, Orr fired the fourth round at the 2.733 second mark and continued shooting four more rounds as Smith retreated to his patrol car.

Smith stated that initially: "I didn't draw my firearm because at the time I didn't think it was warranted, he was just walking away. But unfortunately, I made a mistake and I drew my Taser and he got the upper hand on me."

Smith's approach was understandable and in many circumstances, would have been the best approach. However, any encounter can turn deadly in an instant as we see here.

Orr continued to walk away ignoring Smith's commands to stop. I am not a South Carolina legal scholar and offer no legal advice; however, did Orr's refusal to stop provide justification for Smith to use nonlethal force to gain compliance? If so, Smith's use of his Taser earlier in the encounter may have prevented Orr's subsequent deadly assault.

Additionally, Smith was close enough to Orr to deflect his pistol and then attempt a disarm or use his Taser directly on Orr. Clearly, this requires specific training and situational awareness that Smith may not have possessed.

During the course of a career, a police officer will interact with a countless number of individuals who have their hands in their pockets. On the street, simply commanding the individual to remove his hands makes it almost impossible to tell whether he is drawing a weapon or complying with your command until it is too late to react.

Controlling the manner in which they remove their hands will give you an advantage and position you to react if they do present a weapon.

There are several full versions of this video available that contain Smith's efforts to summon aid and the efforts of bystanders who try to help. Official aid was surprisingly slow to arrive, and the bystanders stated several times that they did not know how to help.

If Smith had a trauma kit in his patrol car or on his person, he never mentioned it. At the minimum, carry a QuikClot Combat Gauze, a combat tourniquet, and a 4-inch Israeli Emergency Bandage on your equipment belt and a more complete kit in the patrol car.