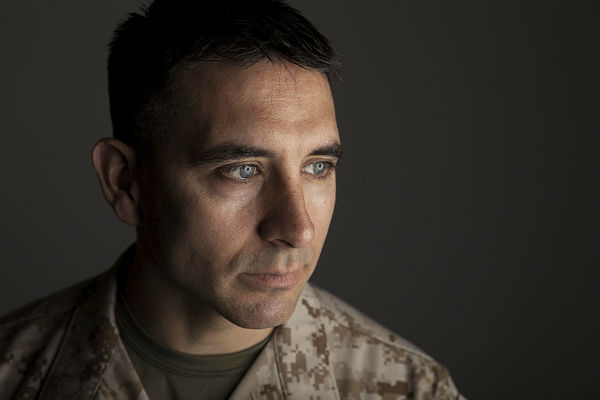 The United States and our allies have been at war for 13 years. During this time, many service members have had multiple combat deployments to Iraq or Afghanistan. The Veterans Administration reports that 1 in 5 U.S. military combat veterans has shown symptoms of post-traumatic stress disorder.

However, the numbers might be deceiving because of the "warrior code" of not admitting struggles or even asking for help with mental illness. The stigma associated with admitting to struggles with depression or other mental illnesses prevents many combat veterans from seeking the help they need to adjust and recover.

Our nation has yet to see the full extent of what 13 years of war has done to these combat veterans' long-term mental health. Our nation has asked these warriors to go to war to fight terrorism and bring the fight to the enemy in their own front yard.

These volunteers stepped forward for many personal reasons. Now that they have returned from war and are resuming their civilian lives, they still carry the invisible scars of facing war. They are trying to adjust back to civilian life, but many have found this adjustment difficult, and they have found themselves involved in the criminal justice system.

Mike Coppock, a writer for the Veterans of Foreign Wars (VFW), pointed out a 2014 study by the University of North Carolina, School of Medicine on PTSD veterans. This study found that Iraq and Afghanistan combat veterans suffering from PTSD to have higher substance abuse issues and are seven times more likely to engage in acts of violence.

Untreated combat veterans with PTSD are more likely to become involved in the criminal justice system. Lawmakers and the courts have taken notice, and many states have established veterans treatment courts.

Military members having to go in front of the veterans treatment courts have reported the structure of these courts and programs allowed them to get the help they needed but would have never gotten. These courts deliver treatment over punishment; however, accountability is a main theme to help veterans who have intersected with the criminal justice system after returning home from combat deployments.

Buffalo, New York, became the first state in 2008 to establish a veterans treatment court to address veterans who are suffering from PTSD. It was an attempt to seek treatment rather than traditional punishment for minor offenses. Alaska and California became the first two states to pass laws allowing state judges to consider PTSD as a mitigating factor when sentencing combat veterans.

In Maricopa County, Arizona, Sheriff Joe Arpaio has established a new jail unit specifically for inmates who are military veterans. Arpaio created this new jail unit to house veterans together while they serve their court-imposed jail sentence and to get these veterans the help they need so they do not return to the justice system.

Arpaio is a Korean War combat veteran and understands how a veteran struggles to adjust to civilian life. He also wants these troubled veterans to use their military discipline as they take required job-training courses and counseling provided by the correctional staff while in the veteran's jail unit.

The veterans treatment courts and Arpaio's veteran jail units are reactive measures to a growing crisis among military veterans. What is needed is funding and mandatory treatment programs prior to the service member being separated from military service.

If the "warrior code" is preventing combat veterans from asking for help to deal with emotional and mental health problems, then the civilian and military leadership need to enforce mandatory therapy policies and not leave the decision for help in the soldiers hands who are suffering.

Our nation has ordered our military to war. Now that the fighting is ending, it is time we commit to the men and women who stood up to defend our nation and principles. We also cannot forget about combat veterans from other conflicts as well.

I think Sen. Kirsten Gillibrand (D-N.Y.) summed it up best when she stated: "While we can never truly repay the debt we owe our heroes, the least we should do for our brave veterans is to ensure that the government takes a proactive approach to delivering the services and benefits they have earned, so they can access the care they need and so richly deserve."