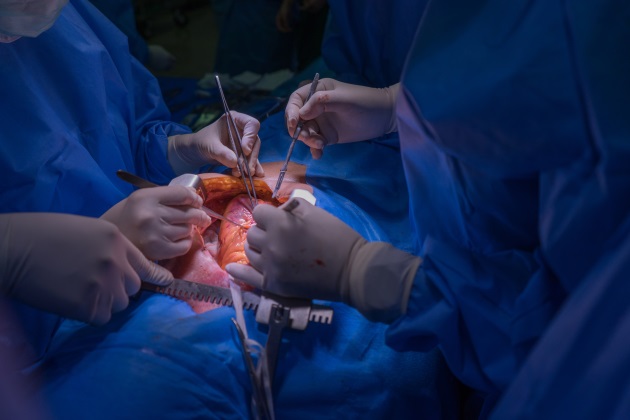 Most organs are placed into "static cold storage" after being harvested. In layman's terms, organs are flushed with a preservation solution and placed in a cooler filled with ice. This method has been used since the 1960s and continues to be considered the gold standard for organ transport throughout much of the world.

However, this method causes organs to use stored energy, which breaks down tissues quickly. Some organs are more resilient than others. A kidney can last 24 to 36 hours before transplantation. Hearts, on the other hand, are only viable outside the body for four to six hours.

After four hours on ice, there's a much greater chance the heart will not function properly as a transplant. However, there's no way for transplant surgeons to assess an organ's viability before transplantation. That fact makes primary graft dysfunction the most feared complication associated with solid organ transplantation.

Some alternatives to cold storage have been studied. Perfusion connects a harvested organ to a machine that pumps oxygen and nutrient-rich fluid through its tissues. In this way, the machine functions like a heart. The organ metabolizes energy and produces waste which is cleared away. Perfusion systems have been used for about 20 years, largely in the U.K. and Australia. They're still considered experimental in the U.S. Countries that use a perfusion system see their quantify of organ donor candidates increase by 30-40%.

A new Swedish study has presented another possible mode of transportation for donated heart organs. The new method involves a specially designed box that preserves hearts for longer than surgeons presumed possible. The study evaluated the results of heart transplant surgeries where the "heart box" was used to transplant organs in 2017.

The box supplies the heart with nutrients in an oxygenated, blood-mixed solution. It's similar to a perfusion machine but instead of circulating warm, donated blood through the heart, this process uses a cold (8 degrees C), oxygenated cardioplegic nutrition-hormone solution containing erythrocytes.

"Although it is too early to draw far-reaching conclusions, we are obviously hopeful. If our results continue to be positive, the method could make a big difference for patients needing a heart transplant," said Dr. Johan Nilsson, cardiothoracic surgeon at Skåne University Hospital and professor at Lund University in Lund, Sweden.

"Based on the results we have produced so far, we cannot claim with certainty that we are able to preserve a heart for 12 hours, however, our study shows that the new method enables longer preservation than today. If we, in our continued research, can establish that this is possible, it would mean entirely new opportunities for transplants. It would, for example, be possible to fly hearts between countries, which we are currently cannot," Nilsson said.

"The plan now is that we will shortly test the new method with a group of 33 patients. In addition to the six patients who participated in the study, we have also used the method in an additional nine transplants. And it still looks promising."

Results of the study were published in Nature Communications in June 2020.