Healthcare and a diversifying world 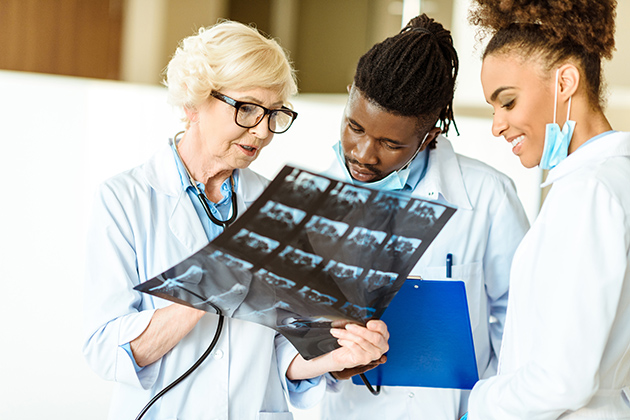 As the 21st century matures, so too does our understanding of what diversity means in relation to the delivery of compassionate, sensitive and appropriate healthcare. The notion of diversity has expanded in recent decades, and nurses, physicians, allied health providers and institutions must keep pace with the societal changes that are continually underway.

In the late 20th century, a great deal of attention was paid to cultural diversity. Workshops, trainings and seminars discussed cultural sensitivity in specific ways, mostly focusing on ethnicity and racial background. Much was made of the ways in which Chinese families differed in structure, food choices, folkways and health practices from Puerto Rican families.

These differences are still quite relevant, yet in the 21st century, diversity refers to so much more than solely ethnic background and racial identity.

With the increasing widespread acceptance of so-called "alternative" lifestyles, the notion of diversity has expanded to include those who live outside the normative structures that have long been accepted as mainstream. It is the responsibility of healthcare institutions and providers to understand and react appropriately to these seismic cultural shifts.

New definitions of what it means to be a family have generated considerable debate, as well as widespread relief for those who live outside of the nuclear family. Adopted families, multiracial families, lesbian and gay families, and other structures are now gaining recognition and acceptance. And as the transgender movement finds more welcome within the larger culture, even more diverse families have emerged into the light from the shadows they once inhabited.

On the healthcare front lines

Nurses and their colleagues must greet this diversifying world with eyes and minds wide open. On the front lines of healthcare, providers and other staff must be trained and educated regarding sensitivity, compassion, empathy and acceptance of lifestyles and families outside the mainstream. Even when such lifestyles go against the grain of a provider's own beliefs, patients and families must still be honored for who they are and the lives they choose to live.

While individual healthcare providers can seek their own personal education in terms of various communities' lifestyles, it is ultimately up to employers, institutions and facilities to step out in front of these challenges and address them head on.

Discrimination is real, and African-Americans need only look to the Tuskegee syphilis trials for an egregious 20th-century example of insensitivity and cruelty related to race, not to mention the vast health disparities and other indignities that African-Americans face on a daily basis. Clear disparities can still be found in the treatment of certain segments of the population, and such wrongs must be turned on their heads by those with the progressive mindset and will to do so.

Healthcare is held by many to be a right, not a privilege. Thus, all families and all people — regardless of what they look like, how they live or whom they love — must receive sensitive and appropriate care geared toward their needs, goals, choices and ways of life.

Nurses and other providers must educate their employers about the clientele walking through healthcare institutions' doors.

If intake paperwork is lacking in terms of addressing the ways in which transgender patients identify themselves, then that paperwork needs to be modified. If front desk staff are inappropriately handling certain types of patients or families, those staff need education. And if institutional policies fail to honor or address certain communities' needs, facilities must step up to the plate and do what's right.

Healthcare providers are sworn to do no harm, and words and language are powerful. Equally powerful are the ways in which the healthcare system turns a blind eye to certain groups within the wider culture. These healthcare providers must be willing to sound the alarm and make the noise that is needed to change the old paradigm in healthcare.

C-suite healthcare executives may be far away from the needs of the patients their organizations seek to serve, thus providers on the front lines serve as their eyes and ears that are more directly connected to the culture. May the 21st century see an increased breadth and depth of the definition of diversity in healthcare, and the ways in which the pillars of that healthcare system address the needs, lifestyles and goals of the many people who populate our towns, cities and societies.