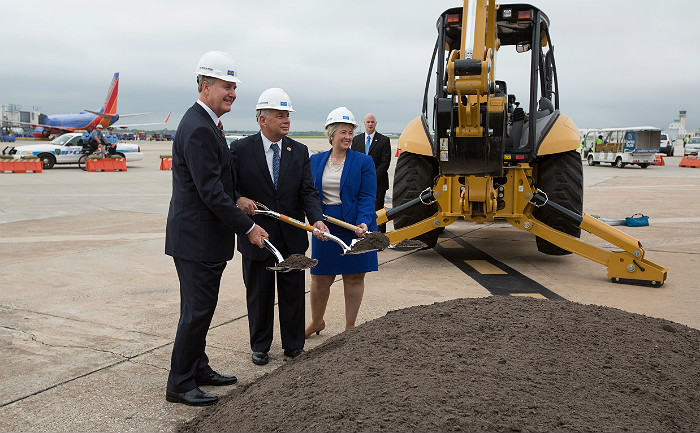 Southwest Airlines has marked the beginning of its expansion at Houston’s William P. Hobby Airport by breaking ground on its new international terminal.

Hobby is primarily a domestic airport with no international airline service, but corporate and general aviation traffic does regularly arrive from across the border in Mexico. In 2011, Southwest Airlines officially expressed interest in changing this by proposing the introduction of international flights.

The competition this generated with United Airlines at Houston’s other airport, George Bush Intercontinental, led to objections. However, the transition was approved May 30 with the support of Houston Mayor Annise Parker and a 16-1 vote by the City of Houston (not to mention public support through Southwest’s Free Hobby Airport campaign).

Southwest doesn't currently fly internationally (although its AirTran acquisition did bring some international routes), but it expects to be doing so by the time the new terminal comes into operation in 2015. The airline has already announced plans to link Hobby Airport with the Caribbean, Mexico and other points in Central and South America.

"With this new international terminal, we are not only literally breaking ground at Hobby Airport, we are charting new territory for our company and for low-cost and high-value air travel," said Gary Kelly, CEO of Southwest Airlines. "This will be Southwest's first international terminal in our 43-year history, and we look forward to bringing lower fares and more international flights to a city that could benefit from increased competition."

Southwest is the main carrier at Hobby, with over 80 percent of the movements, and is funding the new terminal itself. The facility will link to the existing terminal, expanding the security checkpoint and offering five gates. In the terms of the deal, one gate will be reserved for mixed use, allowing other carriers to serve the airport on international routes (there is the possibility of some switching from the Intercontinental airport).

In support of the project, and in anticipation of the expected increase in passenger traffic, the Houston Airport System will be making significant investments of its own, constructing a new multilevel parking garage and making improvements to the existing roadway system. 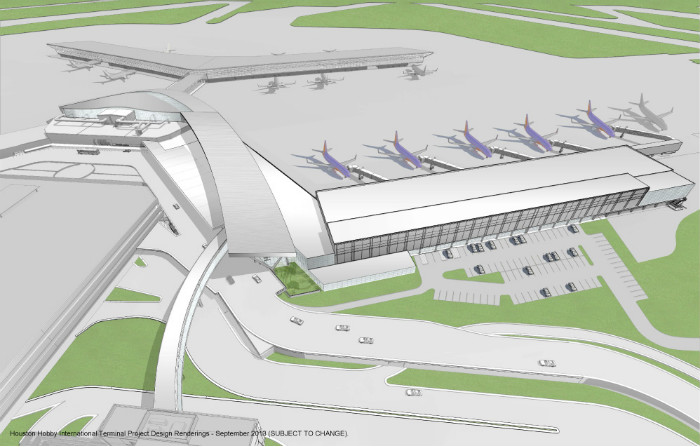 The approval to change operations at Hobby Airport and build this new terminal has caused some bad feelings toward Parker, who has supported it wholeheartedly.

"Establishing international air service at William P. Hobby Airport will benefit Houston passengers in a variety of different ways, including increasing competition, boosting the local economy and strengthening the ties that already exist with our friends in Latin America," Parker said at the ground-breaking ceremony.

And her views would seem to be backed up by the benefits to the city and the Houston taxpayer. A 2012 study commissioned by the Houston Airport System indicates that the new terminal will generate more than 10,000 jobs across the greater Houston metropolitan area and will provide an economic impact of $1.6 billion. The study estimates that the terminal will bring in an additional 1 million passengers a year to Hobby Airport.

Updates can be followed at

Will Southwest be able to offer low-cost flights on international travel?