Green spaces can have positive effects on gray matter 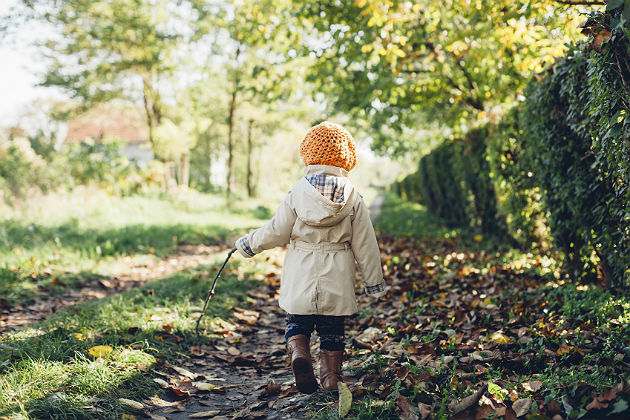 On beautiful sunny days, schoolchildren and working adults share a common thought: wishing they could play hooky and head to the park.

Research shows that would be a smart move. Nature and green spaces boost brainpower.

Educators across the country incorporate movement and activity into their lessons, from exercise breaks to standing desks to physical tasks outside PE class. With the growth of digital tools in education, children — and adults for that matter — spend more time than ever looking at electronic screens. But the next beneficial step might be outside the classroom or office walls.

Australian researchers determined that when students viewed a computerized image of a green rooftop, they were able to handle a school task more successfully.

An international team from the U.S., Spain and Norway took that result a step further, comparing test scores of children whose schools were surrounded by green space. Those results — gathered over a year's time — showed the students who encountered greenery around and on the way to school improved more than those exposed to less greenery.

Studies such as that only reinforce the effort by parents and educators to increase recess and physical activity time for children. Not everyone follows that line of thinking, though. In Chicago, a group of students recently protested the decision to deny their physical education waiver requests. The students contended their intent to pursue their schoolwork aggressively was hampered by the requirement to take PE instead of other classwork.

More than schools are affected by proximity to nature. A study in Toronto showed living near trees benefits an individual's physical health. While researchers weren't able to pinpoint why the trees led to improved conditions, they showed the neighborhood trees affected an overall increase of perceived health, in some instances comparable to being up to seven years younger.

Researchers also surmised that living near trees and greenery increased a desire to exercise, and the growth improved air quality by filtering pollutants in those neighborhoods. Not only that, other studies have concluded urban dwellers are struck by psychological problems more frequently than people surrounded by natural elements.

One Stanford University researcher, graduate student Gregory Bratman, studied brain activity of people who took walks among peaceful park atmospheres and those who walked along busy highways. He found out those walking the idyllic path had better mental health.

A Polish doctoral student sought to determine why certain natural elements tend to result in "contemplative or meditative states." Participants were shown landscapes that inspired comtemplativeness, and their brain waves were measured. The study could affect park design.

The connection between nature, learning and health can have lifelong benefits.

Outdoor play-learning provides multiple benefits to developing brains, according to experts. Working with objects such as sticks and rocks is an exercise for focus, persistence and other educational benefits.

In Fairfax County, Virginia, schools focus on sustainability, emphasizing recycling and energy conservation. As part of that mission, the students get outside, putting out food for birds to survive winter and taking lessons along walking trails and ponds, observing nature and wildlife. Teachers integrate math, science and language lessons in the program.

Principal Dan Young told The Washington Post the lessons on benefiting the local community will serve the students beyond their school days.

"When students have that experience, they grow up into responsible citizens," he said.