Great new approaches to teaching — until they’re not 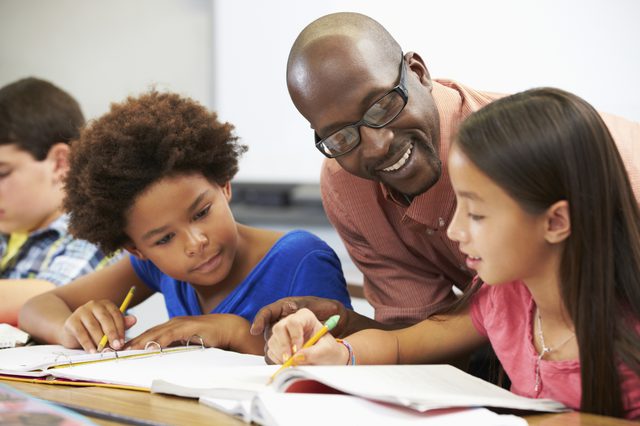 Social science and technology research offer teachers many promising new ways of educating but not always with a lot of certainty about how well these new approaches work. New teaching methods are generally welcomed, but "innovative" past teaching practices have not always ended well.

A Disastrous History of Innovation

This is not intended to be a survey of all the teaching methods that didn’t work out — that would be more like a book than a short article. Ample documentation of failure already abounds, such the federal government’s own 2018 study of 67 federally funded teaching innovations that shows that only 18 percent of them had a measurable positive impact.

Putting this a little more negatively, the study indicates that of the more than $700 million the Department of Education has spent on innovation since 2008, more than a half-billion of those dollars could have contributed with equally good effect as landfill.

As a parent and former teacher, I’m curious about why so many of these innovations fail. After reading various reports, I think I have some idea of what goes wrong. As a case in point, I’m going to pick on one such innovation, called "growth mindset."

The Appeal of the Growth Mindset Approach

"Growth Mindset" sounds like a great idea, which may be where the problem begins. The idea is that there are two ways of dealing with failure. You can see it as a demonstration of your inadequacy — which, according to the theory, is a "fixed mindset," that will hold you back. Alternatively, you believe that when you fail at something, it indicates you need to work harder in order to succeed — which is a "growth mindset" that will help you move forward.

The theory is simple and almost self-explanatory, confirming ideas that most Americans hold dear anyway. Emerson’s essay "Self-Reliance," known to all American Studies majors, is essentially an explanation of how this works: Believe in yourself. Think positively. Rely on yourself to get ahead. You can do it!

The approach has been widely adopted in primary education, particularly with poor kids and children of color, where it’s seen as a way of helping students overcome social disadvantages that discourage learning. Growth Mindset has a lot going for it, admittedly: it appeals to our American sense of self-reliance (vide Emerson’s essay); it encourages children to think positively and it’s purportedly especially effective with disadvantaged kids who may have self-esteem issues and/or lack models of success.

This calls to mind the expression beloved of all rom-coms: "What could possibly go wrong?"

The only drawback is that the approach apparently doesn’t work very well. In an admirable journalistic summary of the extensive evidence against it, Abigail Beall, writing in WIRED, cites extensive research undertaken by a team of social scientists from Case Western Reserve University, who looked at over 300 studies of the outcomes of the practice and concluded that the benefit "is mostly a mirage."

Stuart Ritchie, a University of Edinburgh academic who studied the Case Western Reserve team’s data, concludes that while there’s some slight improvement in academic achievement, "it’s more like a tiny nudge in the right direction than a life-changing panacea." The weakness of these results, Ritchie concludes, "should make teachers…seriously reconsider the amount of time, effort and resources their schools invest."

And the Winner Is…

If you’re a teacher, you’re probably wary of the culture wars that divide us and particularly wary of articles that slam teaching innovations, which are often simply gussied-up excuses to oppose change.

Since this article criticizes one such innovation, let me be clear about my own allegiances. I’m a progressive who left the teaching profession after eight years of fighting school administrations that opposed change.

I’m proud of my small role in founding two San Francisco State programs: the Experimental College (whose student organizers hired radical social scientist Paul Goodman to spend a semester giving noon-time lectures to anyone who cared to listen) and the school’s Black Studies Program, one of the first in the nation. I don’t oppose change; my reflex first response is always to encourage it.

But — and here’s the catch — it has to be change that works. A lot of money and time has gone into Growth Mindset programs, which also means that it didn’t go to other programs that could have done a lot more for the money and effort spent.

The 2018 Department of Education study confirms that Growth Mindset’s failure to live up to its promises isn’t an anomaly: fewer than 1 in 5 new teaching programs in that study of 67 teaching programs actually worked. They also burned up those much-needed education dollars that could have been better spent elsewhere.

Teaching is difficult. If you haven’t been a teacher, you may not fully grasp just how difficult it is. As teachers, we’re always looking for methods and approaches that will make this difficult process a little more effective.

And, of course, we should keep looking. But in the process, we need to hold these new programs to the same kind of accounting we apply in our own personal lives: How much does the program cost and is the outcome worth it?

Assessments of these programs need to be made early on and frequently thereafter. Until the results are extensively confirmed, programs like Growth Mindset should remain small, as promising pilot studies. They shouldn’t spread like a California wildfire just because they sound like a great idea.