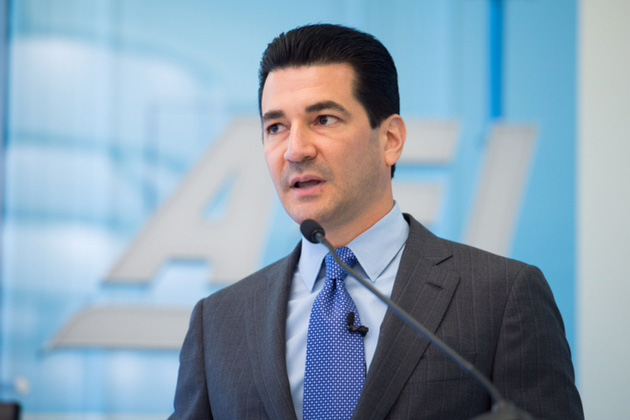 Scott Gottlieb has been nominated as FDA commissioner.

Ever since President Donald Trump was inaugurated in January, he has pledged to cut burdensome regulations on businesses and industry. When it comes to the pharmaceutical industry, Trump vowed at his first joint address of Congress to "slash the restraints" on drug development by streamlining the drug approval process of the Food and Drug Administration (FDA).

But some within the industry are skeptical of this approach, with concerns about the safety of drugs if regulations are cut and approvals expedited. This has brought controversy to Trump's nominee to head the FDA, Scott Gottlieb, who spoke before the Senate during his confirmation hearing Wednesday.

Gottlieb assured the Senate that he would not sacrifice safety for the sake of speed.

"We can have better efficiency, and better safety, and also remain faithful to FDA's gold standard for regulatory conduct," he declared in his opening remarks.

Gottlieb is a physician who has experience working in various roles for the federal government, including serving as the deputy commissioner for the Medical and Scientific Affairs at the FDA from 2005 to 2007. He proved to be instrumental in developing the FDA's generic drug user fee program and the Physician Labeling Rule.

"I've seen FDA's positive impact in my prior roles at the agency," he said. "I'm seeking this new role because I'm drawn to FDA's unique spirit of public health protection that inspires its work and its workforce."

Historically, some drug companies have come to believe that the drug approval process in America is time-consuming and extensive, and can produce significant costs associated with research and development. Many of these companies desire a drug approval process where the length of time is shortened and there is a greater opportunity for exclusivity.

Gottlieb also promised to tackle the nation's opioid crisis, calling it a "public health emergency on the order of Ebola and Zika."

Critics are also skeptical of Gottlieb's extensive involvement with the pharmaceutical industry in the past. This will be an area that will have to be considered each time a decision involving the industry will need to be made, and he has said he would "recuse himself for a year from any decisions involving more than 20 companies with which he has had financial relationships since leaving the government in 2007," according to The Washington Post.

A survey by the Mizuho Securities USA Inc of 52 pharmaceutical executives showed that 72 percent were in favor of Gottlieb over other candidates, believing he is an individual who can be balanced in his decision-making.

The nomination for FDA commissioner ultimately came down to two candidates (Jim O'Neal and Gottlieb), who each possess unique skills and experiences, but a commonality was found with the goal of a quicker drug approval process.

The prevailing thought is to change the format in which the FDA performs drug approvals, which currently requires a drug to be proven both safe and effective. The goal is to move to a system in which a drug can be approved for use once it is determined to be safe, and over time data regarding the efficacy of the drug is released. This process is currently being practiced by the Japanese government.

Given that Gottlieb has experience within the FDA and as a physician, he is thought to possess the knowledge and experience that will be required for the role of FDA commissioner. Only time will tell whether he will put these plans into action, but his level of experience far exceeds any other individual who has been nominated to the role.

"I'm drawn to the opportunities we have to leverage FDA's platform — and its new authorities and resources — to enable advances in medicine and science to safely reach consumers," Gottlieb said. "And I'm drawn by the challenges the agency confronts as it tries to enable Americans to make the most of this unique moment in science."