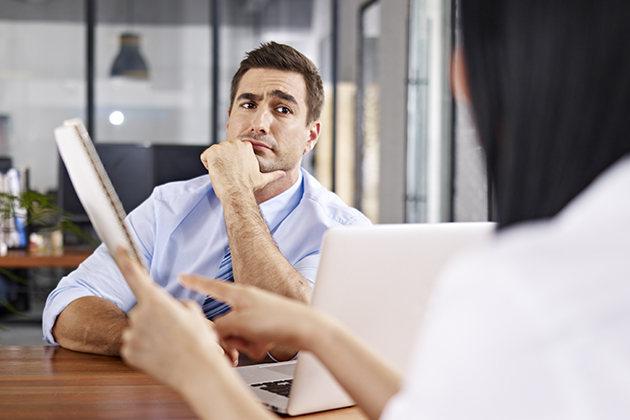 Most companies typically have more job applicants than they can handle, and they’ve grown accustomed to candidates clamoring for positions. This has led, perhaps inevitably, to a lax attitude when responding to job candidates.

Now it appears that job candidates may have adopted this communication approach as well. "Ghosting" is becoming a widespread phenomenon in which job candidates who are hired don’t show up for the first day of work. Or, they stop responding to calls and messages following the interview.

According to Robert Half, ghosting has increased by 10% to 20% over the past year. So, what’s causing job candidates to disappear without notice and how should employers respond?

"Ghosting is all too common in the current market, but it isn’t just job seekers," according to Bryan Zawikowski, vice president and general manager at Lucas Group, an executive recruiting firm. "Companies do it almost as often, if not more often," he says. So, perhaps job candidates are giving employers a taste of their own medicine.

In his experience, Zawikowski says ghosting seems to be more prevalent in the under-35 age group. "As for the reasons why, I think it’s because they came of business age in a time when actual contact via phone or in-person was on the decline — a decline that accelerated quickly."

It’s quite possible that young applicants without a lot of business experience might be following the example that’s being modeled for them. When they apply for jobs, they don’t hear back from the companies that don’t hire them. So why should they feel an obligation to contact a company they’ve decided not to work for?

However, Zawikowski doesn’t think it’s intentional or malicious. "Many younger people did not have to develop verbal communication skills when it comes to dealing with tough situations where they have to be able to think quickly and respond."

If they decide they don’t want to work for the company, he says it’s easier to pretend they never got the message and just avoid the conversation altogether. "Many of these ghosters utilize the same technique in their personal lives, so it’s becoming a ubiquitous problem."

In fact, when ghosters are confronted, Zawikowski says many of them don’t even think it’s rude or unprofessional. "They will say something like, ‘By not responding, I thought I was being clear about my intentions,’ — but actually, they probably won’t say it, they’ll send an email or text."

How to avoid being ghosted by job candidates

There’s no way to ensure that your company won’t be ghosted, but Zawikowski says there are steps you can take to minimize it. "Companies need to be very clear in explaining how the hiring process works and what will be expected," he says. "They must also exceed expectations when it comes to communicating with job seekers — in other words, don’t ghost."

This may entail improving the job candidate process. For example, Ronni Zehavi, CEO of Hibob, a people management platform, recommends making some of the company’s boring processes more interesting. "Everyone loves games, and today’s technology allows for us to quickly and easily add gamified challenges into onboarding processes," he says. "Try creating fun, interactive ways for new hires to learn about the company, clients, and employees, because it’s knowledge they’ll need."

Improving your communication channels is another recommendation. "Think about how you can leverage digital channels to stay in touch with new employees, make them feel welcome, and instill an early sense of community," Zehavi says. A recent Hibob survey found that company culture is extremely important to the majority of job candidates.

"Invite new hires to join internal digital channels ahead of their first week so that they can not only get a head-start on reading the employee handbook and policies, but also so they are able to put faces to names, learn about company news, and get involved in social or cultural events at the company."

Zehavi says human interaction can also help relieve any anxiety new employees might feel when walking through the door for the first time as an employee. "Also, HR teams and managers should reach out at least once per week leading up to someone’s first day," he advises.

Taking too long to make a decision is another reason why candidates may be ghosting your company. Don’t prolong the hiring process unnecessarily. Obviously, companies are busy, but when it takes too long to make a decision or move the process along, consider the message you’re sending to candidates. When you’re willing to keep them in limbo, it creates a bad first impression.

On the other hand, Zawikowski says companies need to be prepared to drop a candidate who ghosts them, instead of trying to coax them — and he says it doesn’t matter how qualified they are. "If companies ignore this and coddle the ghosters, they will end up with a company full of them, and that does not suggest future success for the organization."