Get visual with dashboards and data walls 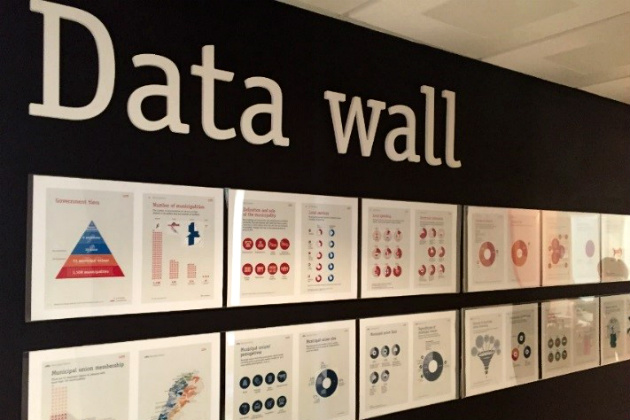 The problem was serious, and the executive director was under fire.

"The board thinks membership should grow faster," he explained.

In his nine years of working at the association, the net growth of membership averaged 5 percent per year. Through a tough economy and significant environmental threats, the growth continued with the hard work of staff and committees.

Yet the board still pressured, "Grow the membership."

As "evidence" of the growth under his watch, the executive pulled a file from his desk drawer. He had nine years of data. He updated the spreadsheet quarterly by plotting increases in membership, sponsorships and new income.

He carried the folder to every board meeting. Anticipating the directors would again suggest that membership must grow, he was ready to cite the numbers in his file.

When the board meeting ended, the file went back into his desk. No matter how many times he said it or showed them the spreadsheet, there were directors who insisted on more members.

The disconnect in this situation is that only the executive was armed with the impressive figures. While the staff drove the numbers, they didn't see the trends his spreadsheet documented. The board had heard his reports but they too had not "seen" the growth.

Today's volunteers are busier than ever. Convening a board meeting to primarily read or listen to a series of reports might waste time. Communicating with graphics is an efficient way to keep board and staff apprised of performance.

Use a visual approach to presenting information. Transforming data and reports to a graphic communicates the most important information. The use of dashboards (like the image above) clearly depicts trends, successes and omissions.

Imagine if the executive had transformed his report on the impressive membership growth from a spreadsheet to a couple of graphs. The graphs could be charts with arrows and bars to visually show progress over a number of years. Seeing the information would have helped the board understand the successes and reduce the cry for "more members."

Before creating dashboards, ask the board of directors what they would like reported as a graphic. Discuss with officers how the information syncs with the strategic plan and may improve performance. Create dashboards for consistent presentation as board packet inserts or projected on the screen for discussion. 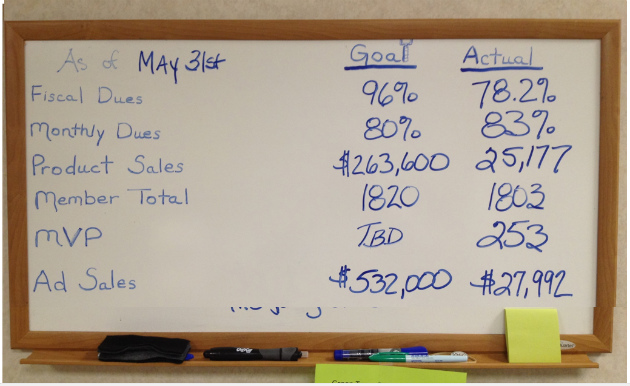 The data wall (above) is a collection of dashboards so the office staff and visitors are aware of trends and successes. A scan of the visual data should show how membership is up or down, progress on trade show booth sales, fundraising for the foundation and economic impact, for example. Nearly every aspect in an association can be converted to metrics and transformed into a graphic.

The staff or departments benefit by collaborating on projects. Nobody should work in a silo, concerned only with their own efforts. The data wall — whether posted neatly in the hallway or on a bulletin board in the break room — improves awareness and promotes collaboration and ownership.

In the example of the executive director keeping the data on a spreadsheet in his desk drawer, he missed the opportunity to engage staff and leadership with impressive data. The board heard the reports at each meeting but didn't seem to comprehend the successes.

Though the association was growing at a good pace, there was a disconnect between the board's understanding and the executive's success.