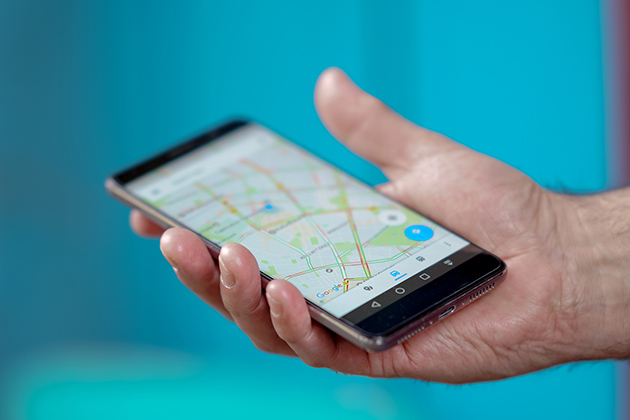 Consumers and businesses have embraced geographic information systems (GIS) as a huge boon in their lives. The systems are accurate sources of information; they're time- and fuel-saving modalities; and, taken together, they're an omniscient, daily valet.

Despite the global use and application of geospatial systems, the true extent of their economic value remains relatively clouded. That is beginning to change. A landmark study, commissioned by Google from Australian economics consultancy AlphaBeta, methodically developed data using a range of original and third-party sources.

The authors found that, as a baseline, GIS/GPS, including new products and services, generate about $400 billion in annual revenue. They also generate consumer benefits of over $550 billion in saved travel time and fuel, and they otherwise improve revenues and costs by at least 5 percent via GPS alone (at least in a "market basket" of business sectors making up 70 percent of global GDP).

Basically, the investigators found that — distinct from their cost — it's difficult to overestimate the systems' value. The benefits of using a GIS or GPS are so immediate, useful and universal, that even with a premium attached to their current price, they may be a bargain.

The investigators permitted themselves to appraise geospatial services for their client, Google, at figures that well exceeded their cost. It turns out that it's not unrealistic to approach such services and the industry that operates and promotes them in this manner. Presumably, these considerations have just been obscured until now.

Traditional metrics and benchmarks have lagged the industry's dazzling evolution (especially since many geospatial services, at least initially, are provided gratis — that is, their early benefits and features may not at first be intended to be tallied and quantified).

As well, often one can't separate a GIS component from the larger product that it is embedded within (for example, a ride-sharing app). And there are so many indirect or fringe benefits of geospatial services. They have simply become essential and second-nature — not just for consumers but also for professionals ranging from architects, surveyors and urban planners to maintenance workers, store managers and certified first responders.

AlphaBeta leveraged consumer surveys across 22 countries spanning six regions. It used other estimation approaches (such as big data analysis of online job postings) and found that GIS technology and services impact the economy in these key ways (amounts in U.S. dollars):

Savings in time and fuel. Commuters using digital maps navigate faster through traffic, once they choose the most efficient route and travel options presented by the system. A routine savings in travel time is 12 percent. That time alone is estimated to be worth $264 billion. And the saved fuel? At least $20 billion.

Increased purchasing efficiency. The investigators estimated the time savings from increased purchasing efficiency at 21 billion hours, or the equivalent of $283 billion, based on local wage rates and employment levels. A consumer's ability to retrieve essential information while in transit is naturally more efficient. GIS/GPS systems give information on a store's location, operating hours and product availability — all of which hastens smart purchase decisions.

More customers. Geospatial tech brings businesses more customers, especially small businesses. Digital maps drive as much as $1.2 trillion in sales globally, a large share of which are sales by small and medium businesses, who use platforms such as "Google My Business" as a free marketing tool to drive consumer traffic.

More jobs. Maps and GIS have positive spillover effects on both job creation and the environment. Geospatial services have been directly linked to the creation of approximately 4 million jobs.

More broadly speaking, GIS technology improves revenues and costs by at least 5 percent — at least 70 percent of the time (while in this case sampled data was not from all business sectors, the sectors sampled did account for more than 70 percent of global GDP).

AlphaBeta also goes so far as to assert that CO2 emissions from vehicles could be reduced by 5 percent a year, or 1,686 million metric tons — that is, if consumers upgrade their digital map services, allowing for more alternative routes and other transportation options.

An additional potential beneficiary is emergency services. GIS technology can be leveraged to decrease emergency response time by up to 20 percent in some countries, the investigators asserted. It can even help ahead of an emergency — in preparations for a natural disaster, wherein the technology can spotlight flood risk or show residents better emergency or stopgap evacuation routes.

Finally, the variations in economic value found across functional geospatial services and their markets globally indicate that there is still wide scope to apply the technology in new, creative ways and otherwise maximize its benefits for consumers and businesses.

While the report, however, shies away from gauging such opportunities, its findings nonetheless show how the geospatial industry, businesses, NGOs and governments can continue to promote the benefits of adopting, and then adapting, emergent GIS.