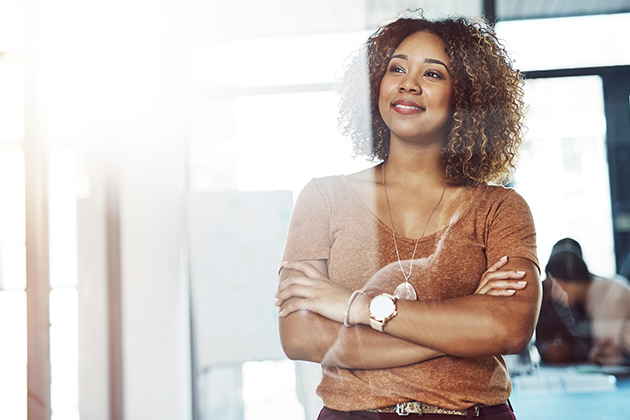 Many of us often carry around biases that we don’t even realize. They’re ingrained in us from how we grew up, who our parents are, and from the societal and cultural norms that have been feeding us.

As a result, when it comes to equality in the workplace, many of us feel like things are pretty good. In fact, almost half of men and a third of women agree that a mere 10 percent of female senior-level executives is a sufficient amount, according to the 2017 Women in the Workplace study.

Is 10 percent of women leadership in business really good enough? And, further, what are the implications for companies’ futures based on this statistic? The answers, not surprisingly, are: no, and not good.

We got here because of a historic habit of grouping people together. Ancient tribes would stick with their own people, and all outsiders were threats to their well-being.

Our ancestors categorized people into "us vs. them" as a safety and survival method, but that segregation is no longer necessary in our current time and culture. This hereditary grouping has not been an easy pattern to shed, however, and while we are making strides toward a more diverse future, there’s still work to be done.

Awareness is the primary tool for change. Sheryl Sandberg, COO of Facebook and author of "Lean In," said, "It’s hard to solve a problem we don’t fully see or understand — and when it comes to gender in the workplace, too often we miss the scope and scale of the issue."

The implicit biases we carry with us are imprinted on our subconscious. Humans naturally have a like-likes-like disposition; in other words, it appears easiest for us to associate with (or, in the workplace, hire and promote) people who are most like us, because that’s what we have done historically.

But this is the dysfunction that we must train our teams to push past. White males have previously climbed corporate ladders easier and faster than either females or ethnically diverse groups because that is often what C-suite executives are: white and male.

How Do We "Fix" Gender Inequality in the Workplace?

Studies show that diversity drives creativity, recruitment, longevity, innovation, and increased market share at organizations. Not only does gender equality increase profitability, but it also generates stronger productivity among teams.

This matter of gender equality transcends women’s issues and diversity issues. It becomes an economic issue when companies hinder their performance by hiring and promoting the same type of people over and over again, not giving entire groups of talented individuals a chance.

While there’s much to change in the way of reframing our approach to developing our corporate teams, Sandberg says companies should follow three steps to facilitate a more diverse environment. The first is simply learning to understand the business benefits of gender diversity.

Second: Train managers to be aware of gender diversity when they hire, which starts a trend of inclusivity among their employees. And, finally, it is imperative for organizations to push past a "one-size-fits-all" mentality that many of us inherently believe.

Innovation, talent, and leadership come in all shapes, sizes, colors, backgrounds, genders, and religions. Let’s start leading our businesses in a way that reflects that, and — who knows? — we may just exceed all goals and expectations.