Front sight focus or point shooting: Which is better? 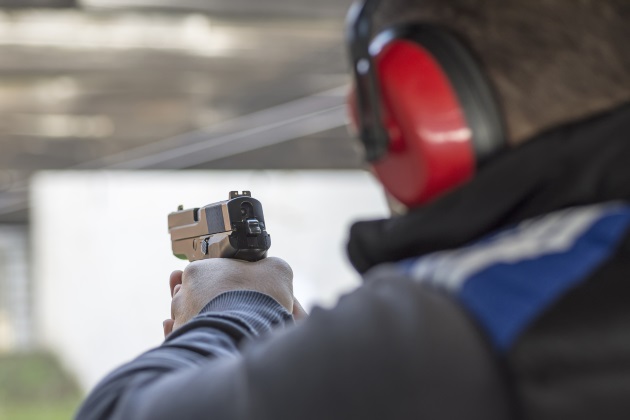 This is a can of worms that divides the shooting world almost as much as the 9 mm vs. .45 debate.

No matter which side of the debate you’re on, you’ve probably got some valid points…and some that aren’t so valid.

So, today, we’re going to dig into which of these is the best…for self-defense, for competition, and for fun.

Front sight focus shooting is where you focus on the front sight and let your target and rear sight get blurry. Sometimes, it’s called "aimed" shooting, but that’s not always accurate.

This is where you point the gun at the target and aim without using the sights. This may be because you’ve rocked the gun right out of the holster and can’t see your sights or because you’ve gone to full extension and haven’t shifted your focus back to the front sight.

Here are some of the answers people give…

Each of these highlight the problem with the “front sight vs. point shooting” debate.

All of the problems with each technique and all of the answers to the question, “which is better?” presume that it’s an either/or answer.

This leads to all sorts of problems…

If you go all-in for front sight focus, you unnecessarily cap your speed.

If you go all-in for point shooting, you unnecessarily cap your accuracy.

If you try to straddle the line and do some of both, it takes more time and more ammo than necessary.

But what if there was a way to seamlessly integrate point shooting and sighted shooting?

And what if practicing both together was quicker and more effective than doing either on their own?

You’d get the speed and close-up performance of point shooting and the precision and dependability of sighted shooting.

You’d get all of the benefits of both approaches and none of the drawbacks.

Which is why this approach is quicker than either point shooting or sighted shooting on it’s own.

It’s the exact training technique I used to shoot the fifth fastest recorded IDPA classifier time in the world with a subcompact (20.8), even though I only practice a few minutes a day, a few times a week and I didn’t know we were going to shoot the classifier until I showed up for the match.

And it’s exactly what I teach in the Draw Stroke Mastery course.