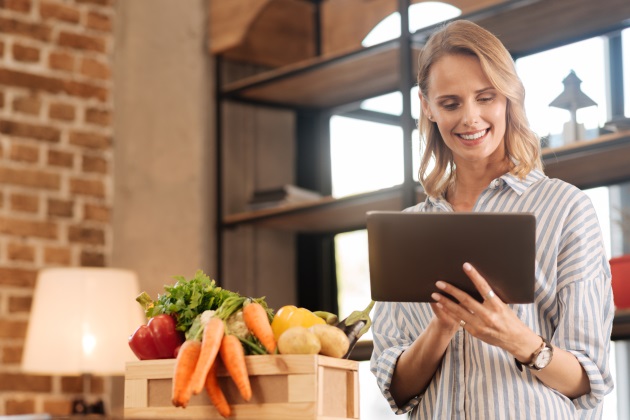 E-commerce and Amazon have disrupted the grocery business, and the wave of changes has yet to die down. A recent report released by Wolfe Research says that pressure on grocers, especially conventional supermarkets, will intensify in the coming months.

An interesting find from the report is that fresh food purchases are set to grow. But instead of benefiting grocers, it seems it will benefit e-tailers more.

Younger consumers are making fresh-food purchases online or from mass merchandisers instead of traditional grocery brands. About 29% plan to decrease their packaged food purchases while 34% plan to purchase less frozen food.

The grocery industry has admitted that accelerating changes are hard on them, and now big chains have stepped up to the challenges and have begun redefining their operations to meet the impact of Amazon and a growing demand for e-commerce.

With healthy meals on offer on these apps, this has become a convenient solution for busy families that have no time to cook but want to eat healthy at the same time. A recent USDA report stated that food-away-from-home CPI had risen 2.9% in the last year while food-at-home purchases or supermarket food items rose only 1.2%.

For retailers like Kroger, Sprouts Farmers Market, Aldi, and similar chains, these new developments will hit their businesses hard. Along with fresh foods, they have also heavily invested in prepared foods and ready-to-eat meals.

When first offered, these options were lapped up by consumers, but now close to 41% of those surveyed say that they plan to cut down on food-at-home purchases and purchase fewer prepared foods and ready-to-eat meals. These are going to be substituted by delivered restaurant meals, and along with growing grocery delivery, they will cut into profit margins for traditional food retailers.

To survive, they will need to make even greater investments and push some of that money towards fresh food delivery. If done well, however, things may not be as bleak for these chains, as more consumers intend to make more fresh food purchases. About 39% of respondents said they planned to buy more fresh fruit and vegetables while 24% intend to increase their fresh protein spends.

Slowing population growth and increasing private-label spending are other major worries. 40% of respondents are willing to buy private label compared to one year ago, and the number is said to rise to 20% more in the next year. For discount chains like Aldi, this will mean more price competition and advantages over traditional retailers. It could also deflate prices on private label items as well as branded items, further cutting into retailers’ profits.

The Food Marketing Institute’s 2019 Power of Produce report laid down the threats as well as some innovative ways that grocers can use to draw shoppers across demographics who are turning away from traditional produce departments.

While Amazon has been a veritable threat for traditional grocery, all’s not well for the e-commerce giant. With 58% of respondents being Prime members, only a dismal 3% said that they purchase fresh produce and meats from Amazon. Clearly, Amazon needs to up its game here and make its consumable offerings more appealing to drive growth.

It has, however, been a trend-setter for online grocery shopping, and more CPG companies are shifting their spending of shelf-stable grocery and household essentials to Amazon instead of traditional retailers.