Free-standing EDs on the rise, but do they target wealthy patients? 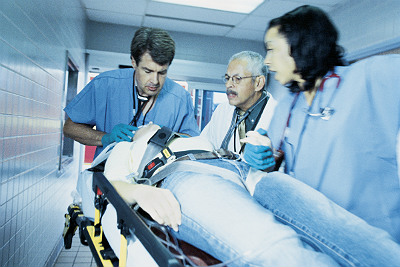 The number of free-standing emergency departments that offer quick access to emergency care has exploded across the country. With the increase in these types of facilities, another trend has emerged: Free-standing EDs are being built in zip codes where people have a higher annual income and private insurance.

Between 2009 and 2015, the number of free-standing emergency departments grew by 62 percent. According to the Annals of Emergency Medicine, there were 222 in 2009 and 360 by March 2015. Since then, dozens of additional free-standing EDs have opened across the nation.

A study conducted by Brigham and Women's Hospital reviewed free-standing facilities in Texas, Ohio and Colorado. By examining the physical location of each facility, researchers concluded they tend to be located in areas with:

"Free-standing EDs are an innovative model of acute care delivery with the potential to reshape the market for emergency care. As many EDs nationwide experience crowding and long wait times, especially those in urban areas, free-standing EDs offer the potential to improve access to emergency care," said Dr. Jeremiah Schuur, with Brigham and Women's Hospital and a study author.

"But in the states with the most free-standing EDs, it seems less likely that they will expand access to underserved populations as they are preferentially located in areas where people had more available health services, higher rates of private health insurance, lower rates of Medicaid and higher median incomes," he added.

The study found the average annual income around free-standing EDs was $73,003. An overwhelming majority of residents in these areas had private insurance (72 percent).

The number of free-standing EDs has surged in Texas, the first state to allow private, for-profit companies to operate such facilities. A review by the The Dallas Morning News found only one of the six facilities in Dallas was located in a zip code with annual income of less than $50,000. Nearly two-thirds of residents in that zip code were either uninsured or had Medicaid.

Those who operate free-standing EDs say they meet consumer demand rather than try to capitalize on close proximity to the privately insured.

"The free-standing emergency room is an industry of demand," John McGee, a board member for the Texas Association of Freestanding Emergency Centers, told The Dallas Morning News.

"Consumers wanted a better alternative," he added, noting a 2009 report by the federal General Accounting Office that shows some patients wait more than twice as long as recommended in traditional EDs.

Additionally, McGee said the Centers for Medicare and Medicaid Services (CMS) doesn't recognize free-standing EDs as eligible for reimbursement, making it difficult to justify opening them in area where people with Medicare or Medicaid would be required to self-pay for services.

The Brigham and Women's authors said while free-standing EDs could be the way of the future in emergency care, policies to govern how they are regulated and reimbursed should be considered to avoid duplication of medical services.

"Policymakers should review state regulations and payment policies to encourage the expansion of free-standing EDs in ways that will improve access and reduce cost not duplicate services," Schuur said.