Frankfurt Airport gains approval for next phase of expansion 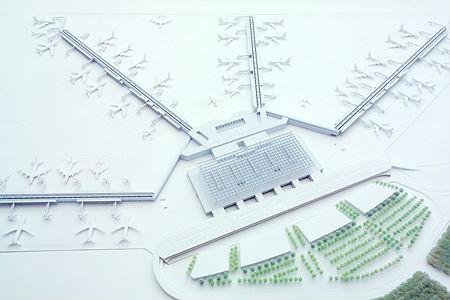 Frankfurt Airport is one of the top three in Europe and has its sights firmly set on becoming the top hub on the continent. Its next stage of expansion, which is integral to this ambition, has recently been approved.

The previous phase of expansion saw a fourth runway opened at Frankfurt in October 2011, allowing parallel landings to take place for the first time, and taking the hourly capacity of aircraft movements up to 126. Now, the next phase of construction will see a third passenger terminal added on the south side of the airport on the site of the former Rhein-Main Air Base.

Planning permission was granted this month by the City of Frankfurt to begin the modular construction of what will eventually be a four-pier terminal with 50 gate positions. The first phase will include the central terminal and two of the piers, including 24 of the gates.

Timed well with the approval to begin work was the announcement that Frankfurt saw its busiest month for passenger movements in its history in July. Despite weather delays through the month, it handled 5.8 million passengers — a tenth of last year's 58 million total, and 2.3 percent higher than the same month last year.

Projections for the airport vary. Some state that it will reach 68 million passengers per year by 2021, and others that 88 million is likely just four years later in 2025. Terminal 3 has been designed to add 25 million to the airport's capacity, and the existing two terminals will reach their designed capacity by 2020. 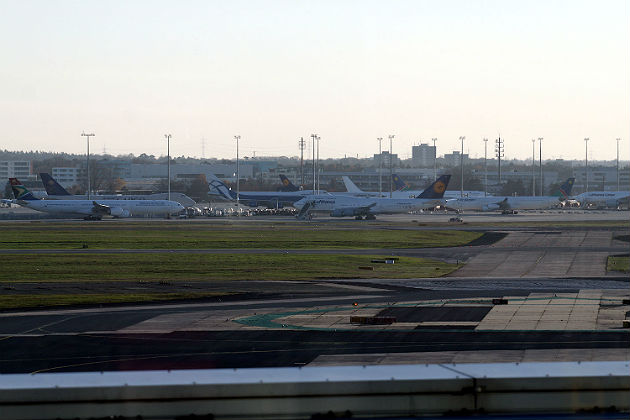 Frankfurt saw its busiest month for passenger movements in its history in July with 5.8 million passengers.


Expansion is very much justified in the eyes of airport operator Fraport AG, which is part-owned by the State of Hesse, in which Frankfurt Airport is located.

"Prerequisites for this success are direct, fast and reliable flight connections to the rest of the world. This is the role of Frankfurt Airport for the region, the State of Hesse and Germany as a whole. Thus, demand-driven expansion of capacities — as already provided for in the earlier zoning decision — is essential."

However, sections of the public still need persuasion on the expansion, with various lawsuits being filed by local residents. Night flights at Frankfurt have also been a sore subject for years, and many people want the curfew extended by two hours.

There's also the thorny subject of Berlin's much-delayed Brandenburg Airport, which is currently four years behind schedule and not likely to for another two years. It has been dogged by flaws in construction and safety issues, and is currently running at twice its initial 2.8 billion euro cost. Many in the Frankfurt area will naturally feel uneasy about this national embarrassment repeating itself in their own backyard, and from their own taxes.

Frankfurt's Terminal 3 has been estimated at 2 billion euro for the first phase of construction, which also includes infrastructure such as connections to the existing terminals, baggage system, rail and road networks. This stage will be completed by 2021, with home airline Lufthansa moving across to take up residence in the flagship structure. Terminal 1 will then be freed up for expansion by other carriers.