Fortress America: Why is the US still building gated communities? 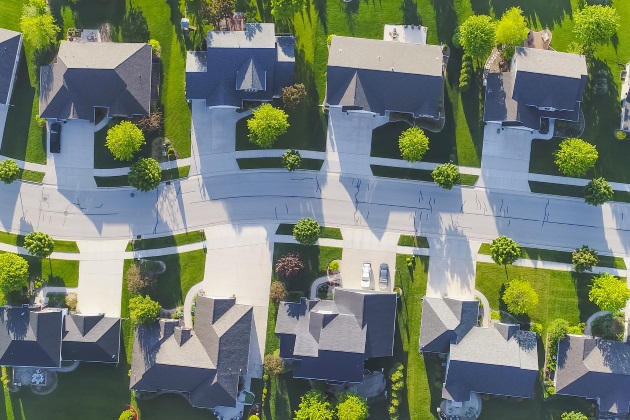 Gated communities go against most of what is currently in vogue in progressive urbanist thought. They turn their backs on an inclusive public realm, starving public streets of their vibrancy and withdraw a whole community from the theatre of our streets — limiting the protagonist for what Jane Jacobs describes as the “sidewalk ballet” performance of street life. Or, at least perhaps, creating splinter private ballet companies performing their own show for restricted viewing.

But still, by the year 2009 almost 11 million people in the U.S. were reported to be living in gated communities. We might be familiar with super-elite gated communities, where perks include riding arenas and performing arts centers, and it was for the superwealthy that gated residential communities really began.

But, in fact, gated communities now span the whole spectrum of housing across the U.S. So, what is driving this broader process of “residential fortification?” And what does it mean for the life of our neighborhoods?

Gated communities may be seen as the archetypal North American urban form that now proliferates in mega-cities around the world. But they are not simply a modern U.S. export. The first city builders enclosed their creations with walls to keep outsiders away — from ancient Inca “kanchas,” to Chinese walled cities, and the Islamic walled city. The open city only became more common much later with the rise of nation states in the 19th century, and the internal security that ensued.

Newer forms are notably diverse. Some scholars have suggested that “new urbanist” communities like Seaside in Florida may have divergent motivations from gated communities, but essentially lead to the same segregating results, without a guard house in sight..

The impact on the wider public realm

While security is arguable a key driver for individuals and families choosing to live in a gated community, ironically it has been suggested that the gates probably make people less safe. Within these communities, the responsibility for keeping people safe is passed on to the security infrastructure (guards, gates, CCTV), meaning that neighbors are less likely to remain vigilant and to provide the “passive surveillance” that has been proven so powerful in making communities more secure and resilient.

Similarly, while these developments are often marketed as creating tight-knit communities, brought together by the walls, by a similar mechanism, studies have shown that community volunteering rates are often actually lower in such developments.

The very form of these communities, structured around private and restricted roads, form interruptions in the urban grain, threatening the “permeability” that urbanists today are urging more of. But beyond the impact on the urban grain, what is more pervasive is the suggestion that this is an urban form that is helping to create a “gate mindset.”

Negotiating the public and private

The art of urban design might be stripped down to the challenge of negotiating the right balance between what should be private and what should be public. Most of us desire a modicum of private space, and it has been shown that a careful transition between the private and public realm can make or break a city.

Traditional courtyard blocks in urban areas are a well-established form developed in cities to manage this transitional space and foster community, but there are crucial differences between these and gated communities, particularly because the community is expected to spill over these boundaries in order to create connection with the wider community.

We are living in an era marked by division rather than inclusion. Survey data suggests that trust in our neighbors may be on a downward trend.

In particularly insecure contexts and fragile states, gated communities might be understood as a pragmatic (if imperfect) response to genuine insecurity. However, in the U.S., while crime rates are going down, fear of crime is rising, thanks in no small part to sensationalist media coverage.

These shifts toward a compartmentalized society — where we rarely exit our echo chamber and less frequently encounter and confront difference — inscribed in physical terms in our urban space with the continued rise of gate communities. This goes against the grain of the latest urbanist theories about community, health, well-being and prosperity. But they seem to be accepted as inevitable and it appears that contemporary U.S. planners (for all their advocacy of “smart growth”) are unable to resist.

The continued rise of these forms is certainly troubling, representing a step backwards in accommodation of diversity and a reversal of some of the progress made in social inclusivity over the previous decades. Although we must not only point the finger at gated communities and their role in shaping this segregated urban landscape.

As the more subtle dynamics of neighborhood gentrification have shown, you do not necessarily need to build walls to keep certain groups on the outside. Increasing house prices might do the trick.