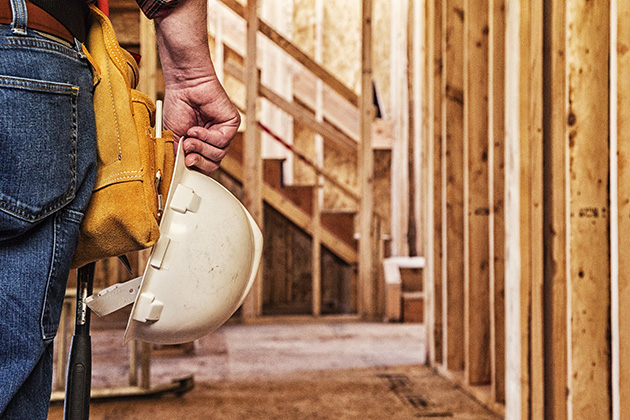 Year-end tallies show moderate but healthy year-over-year growth for new construction and purchases of existing homes. Both housing starts and existing home sales had their best years in a decade.

At the same time, trending indicators pointed downward, signaling a potential softening in activity heading into the new year. It remains to be seen how actions taken by the new administration will impact housing in the months to come.

For now, forces pro and con are tugging at the industry, and it is anybody's guess which will win out in the end.

Industry data from December was something of a mixed bag. After falling nearly 19 percent in November, housing starts (measured in units) rebounded by 11.3 percent in December, according to the U.S. Census Bureau and the Department of Housing and Urban Development (HUD), and were up 5.7 percent from the previous December. The lift came from multihousing, as single-family starts declined 4 percent from November. For the year, housing starts hit their highest unit mark since 2007, reported real estate website Trulia.

On the flip side, requests for permits were down slightly (0.2 percent) overall, but single-family permit requests rose 4.7 percent, compared to November. Sales of existing homes slipped 2.8 percent, yet, says the National Association of Realtors, sales for the year were the best since 2006.

The American Institute of Architects announced its Architecture Billings Index (ABI) hit 55.9 in December, up 5.3 points from November and at its highest point since July 2007. However, new contracts and inquiries weakened, and, contrary to the Census data, multifamily was the only sector to report a monthly drop in activity (down 1.3 points, at 50.6). (The ABI does not report on single-family residential architecture activity.)

Figures for new home sales are due to be released later this week, but industry experts are speculating that the same factors that slowed sales of existing homes in December — namely, a rise in mortgage rates and increasing home prices — likely will have affected new home sales as well.

Looking forward, the short-term outlook appears to be very much the same.

Builder confidence, although still positive, was down this month by 2 points from December's reading, which itself was adjusted down 1 point, as measured by the National Association of Home Builders/Wells Fargo Housing Market Index (HMI). Builders, concerned about mortgage rate increases, availability of lots and labor shortages, reported a slowdown in customer traffic.

Fannie Mae's Home Purchase Sentiment Index (HPSI) decreased in December for the fifth consecutive month (down 0.5 points, at 80.7), also reflecting concerns about the mortgage rate increase and future household income. A recent article posted on the website Move.com states market data from Realtor.com "suggests that the share of first-time buyers planning to buy in spring 2017 fell sharply when mortgage rates began to rise at the end of last year, dropping by as much as 10 percent since last October."

By the same token, though, concern about rising mortgage rates could motivate current homeowners who are thinking of selling and buying up to act while terms are still favorable. The article also cites record-low inventory levels, higher prices and heavy buyer competition as challenges facing would-be homebuyers in 2017.

Taken together, these conditions are likely to result in a "dampening" in activity, at least in the first quarter, observes NAHB Chief Economist Robert Dietz. The longer-term forecast, however, is much more cloudy.

Taking stock of current conditions, MarketWatch points to several challenges facing home builders at present that are impeding their efforts to keep up with demand, including difficulty getting access to credit, difficulty obtaining and developing lots, a labor shortage of skilled labor and an aging workforce.

Nonetheless, in releasing the results of the January HMI, Dietz stated, "NAHB expects solid 10 percent growth in single-family construction in 2017." Trulia, while acknowledging that home builders have a way to go to catch up with demand, foresees "promising growth in 2017" for new residential construction.

NAHB is also bullish on the expanding 55-plus market, for which it believes there is considerable pent-up demand for new, single-level, lower-maintenance, smaller-footprint housing. Because they already own a home, the customers for these homes do not have the same financial limitations as many first-time buyers.

Until these trends have more time to play out, the industry is teetering on the balance, and its fortunes could go either way.