For first-time buyers, the American dream can wait 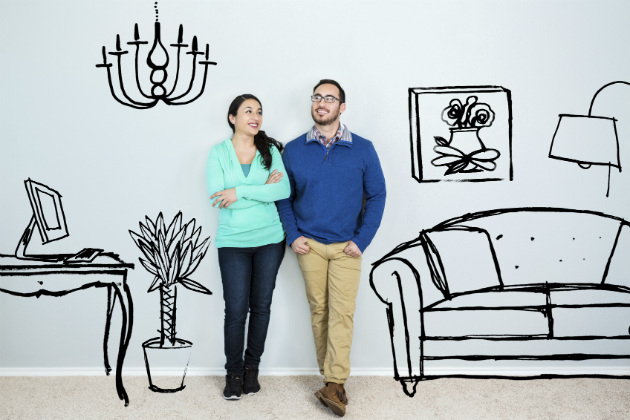 Buying a home has long been regarded one of the hallmarks of entering adulthood, something to achieve sooner rather than later. For many of today's young adults, however, that is no longer the case. Whether by necessity or choice, they are delaying making that first home purchase, and that is changing how they think about how home ownership fits into their life.

First-time buyers currently make up about one-third of the market, according to the National Association of Realtors, substantially less than the historical benchmark of 40 percent. That share declined slightly earlier this year compared to last year (from 33 to 32 percent).

Because first-time buyers tend to be younger (the average is around age 30), they often have limited resources to put toward a down payment and a mortgage. That, in turn, restricts the kinds of properties they can qualify for.

The answer for some would-be owners is to purchase a fixer-upper. Houzz reports that more than one-fourth of home renovation projects last year were undertaken by persons who had just recently purchased a home and found renovating to be cheaper than buying their ideal home. But even that option is becoming scarcer as home prices increase.

A new Fitch Ratings study, reported by Housingwire, finds that a shortage of affordable, desirable homes now presents a bigger hurdle for first-time buyers than does saving for a down payment. Which is saying a lot. As has been well publicized, would-be buyers — especially millennials, who make up the largest portion at 35 percent — are struggling with student loan and other debt that is keeping them out of the market.

In an NAR survey conducted last April, 71 percent of student loan borrowers said debt was a hindrance to qualifying for a mortgage and purchasing a home. Slightly over half expect their debt obligations will delay their buying a home by as much as five years.

Combine these financial constraints with the fact that there is a shortage of desirable inventory of both new and existing homes below $200,000, and you have what is a veritable blockade preventing entry into the market. Interestingly, unlike in years past, buyers don't appear to be panicking. Instead, they are choosing to wait until they can find or afford the home they want.

Results of a survey conducted for Bank of America earlier this year show more than two-thirds (69 percent) of first-time buyers prefer to bypass the purchase of a starter home and save their money to purchase a nicer home in the future.

"Today's buyers are taking a long-term view of homeownership," notes BofA lending executive D. Steve Boland. "They want to purchase a home that will meet their future needs and understand that, in some cases, that will require saving more, waiting longer and making sacrifices."

Debt or a lack of adequate financial resources remains a factor in delaying the purchase of a home. But many of the would-be buyers (75 percent) in the BofA survey are thinking about a house not just as a home but as the home they will have for many years to come. Just as they are putting off choosing a life partner and getting married, they are willing to wait until the right house comes along, even if that is years from now.