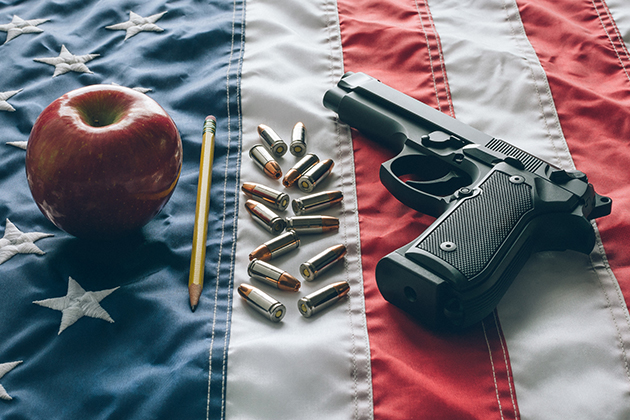 In Florida, database integration will be the new tool to combat school shootings. Following the Parkland tragedy, state authorities convened and passed a law to this effect.

A centralized database will be created to help officers and school authorities prevent such shootings in future. The database will combine records from the state’s law enforcement and social-services agencies with information gleaned from personal social media accounts.

One of the significant catalysts for this move was the fact that the Parkland shooter had left many warning signs in his social media posts that were overlooked.

Nikolas Cruz, a former student at Marjory Stoneman Douglas High School in Parkland, ranted against the institution in several posts. Later, he confessed to the shooting and admitted to hearing evil voices in his head which told him to kill.

This is not the first instance that a mass shooter has ranted on social media or gave indications about his violent intentions. But it is hard to connect a post with its authenticity and link it to a real crime.

Social media is notoriously fickle and one-dimensional in its appearance. It is hard to separate the real from the made-up in that corner of the virtual world.

But now, it seems officers must spend more time to delve into these threats and sift the real from the fake ones. But, there are also mounting concerns about the database, monitoring people’s activities and who will have access to the data.

Detractors worry that this will lead to unwanted surveillance and government intrusion into students’ lives. It may even cast suspicion and target students that do not pose a threat.

This is where recommendations from a RAND Corp. report may come in handy. It offers school and law authorities guidance on using social media for clues about students who intend to others or themselves.

The report is based on a 2017 panel convened by the National Institute of Justice. It focused on a series of case studies on organized crime and gang activity via social media analysis.

The process could be emulated for preventing school violence. The premise of this theory is that social media platforms and social networks are intertwined now.

At the same time, the report lays down guidelines to have protections in place for regular citizens. These filters will prevent the police from erroneously profiling individuals.

Some schools are working with tech companies to deter threats to a safe learning environment. They are turning to big data analytics and using artificial intelligence.

These emerging technologies will help to examine social media activity for the signs of violence that include resentment, depression, and isolation. This is the same kind of threat detection that law enforcement agencies use to identify students at risk.

It is true that the new database could have significant consequences for civil liberties and individual privacy. But the truth of the matter is that most aggregated information from integrated data systems is used for research and evaluation.

In this case, the technologies could help to look for crime trends and ensure public safety. The database is not about surveillance but more about how to make the best use of information.

Florida authorities think that they are on the right path. Combining social media information and flagging trends could be a big help.