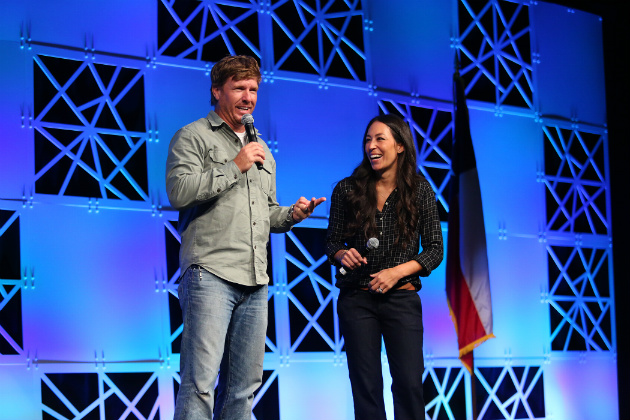 Even if you aren't an HGTV superfan, you've probably heard of the network's most famous couple, Chip and Joanna Gaines. For the past five years, they've taken over the remodeling world with their hit show "Fixer Upper," flipping houses around the greater Waco, Texas, area. Their remodeling business and stores are responsible for attracting 40,000 tourists per week to the town.

So it came as a surprise to many fans that they have decided to end their show after the airing of the fifth, now final, season, set to air in November.

Many of the shows fans are stunned by the news, which was announced Tuesday. The couple cited the desire to spend more time with their family and focus on their other business ventures as the main factors behind this decision.

"It is with both sadness and expectation that we share the news that season 5 of 'Fixer Upper' will be our last," Joanna Gaines wrote on her blog. "While we are confident that this is the right choice for us, it has for sure not been an easy one to come to terms with. Our family has grown up alongside yours, and we have felt you rooting us on from the other side of the screen. How bittersweet to say goodbye to the very thing that introduced us all in the first place."

The announcement comes at the peak of the house-flipping craze. HGTV alone has at least six shows on the topic.

This trend translates to the real world, too. People are attracted to the business, and numbers of flipped houses and real estate investment have been on the rise since the show started. A recent survey found that more than half of homeowners planned to either start or continue remodeling projects this year.

Reports show that remodeling activity has heated up in recent months as home inventories tighten and home prices begin to soar. Rather than buying new houses, homeowners are staying in place and fixing up what they already have.

However, remodelers are facing additional challenges with customers, in large part because of TV shows like "Fixer Upper." The problem is that although it may look glamorous and fun, thanks to the easy-going personality of TV stars like the Gaineses, there are often a lot of difficulties that come with the job.

Renovating homes is not as easy as most think, and large-scale projects can put owners in debt. The "get rich quick" myth behind reality TV house-flipping is just that, a myth, and can mislead a lot of people considering going into the business.

What they don't show on screen are the humble beginnings stars like Chip and Joanna came from. Struggling to make ends meet and pay the employees of their construction business, they weren't sure they were up for the task, either.

For those considering going into house-flipping, time and patience will be needed because it's never as easy as it looks.

Although buying fixer-uppers may prove challenging, people like the Gaineses have been able to transform towns and neighborhoods by attracting new buyers into slow markets. Waco became flooded with tourists, and now some of the homes featured on the show can even be found on Airbnb.

There is no doubt that they have brought Waco out of its small-town shell and into the spotlight. They have boosted Waco's economy, founding several business ventures of their own, and attracting many more to come along.

The Gaineses' success story is far from over, and we will surely be seeing more from them in the future. Meanwhile, they have left an indelible mark on the remodeling industry.

"Though our 'Fixer Upper' chapter is coming to a close, we aren't done with Waco," Joanna wrote. "We aren't done renovating homes. We aren't done designing things to make your home your favorite place on earth. We aren't done working towards restoration in all things or helping out those who could use a hand. In fact, in all of these things, we are just getting started."