To dental groups’ chagrin, federal sealant measure might be removed 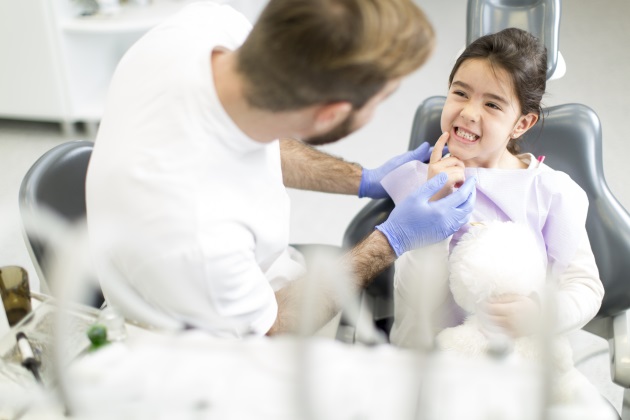 So why is the Health Resources and Services Administration (HRSA) proposing a watered-down measure, titled “Primary Caries Prevention Intervention as Offered by Primary Care Providers, Including Dentists,” that would take the place of current recommendations on sealants for kids?

That’s what the American Dental Association (ADA) and the American Academy of Pediatric Dentistry (AAPD) would like to know!

Leaders from both organizations sent a letter Aug. 27 to the HRSA in response to a proposed change to the current sealant measures.

"We are writing to express our concerns about the proposed replacement of the Dental Sealants for Children Between 6-9 Years measure," ADA President Jeffrey M. Cole, ADA Executive Director Kathleen T. O'Loughlin, AAPD President Kevin Donly and AAPD Chief Executive Officer John S. Rutkauskas wrote in the letter. "Research has shown that sealants are effective in preventing occlusal carious lesions in the molars of children when compared with controls without sealants."

The letter points to an evidence-based clinical practice guideline released in 2016 by the ADA and AAPD that found sealants could minimize the progression of cavities in permanent molars in children and adolescents compared with the nonuse of sealants or use of fluoride varnishes.

"There is in fact evidence to suggest the superiority of resin-based fissure sealants over fluoride varnishes applied to prevent decay in permanent molars," the letter stated. "While both topical fluoride, as well as dental sealants, are important caries preventive modalities, we fail to see the agency’s rationale for removing the focus on improving sealant rates, especially given the improvement health centers have made."

As reported by 1,362 administration-funded health centers, their performance improved more than 10% between 2015 –– when the sealant measure was first adopted –– and 2018.

Nearly 53% of children 6 to 9 years old who are at an elevated risk for caries received the recommended sealants. Thirty-six states also have performed better by at least 5% on the measure from 2015 to 2017.

The HRSA explained its rationale in a letter to health centers, stating the fluoride varnish measure would increase the target population from high-risk children who are 6 to 9 years old to children and adolescents as old as 20 and include oral health preventative measures that health centers without dentists can employ.

However, the fluoride varnish measure would track only one application of varnish during the measurement period, contrary to evidence-based guidelines that state topical fluoride should be applied every three to six months in children at an elevated risk for cavities.

The ADA and the AAPD are encouraging the HRSA to only consider metrics that are supported by strong scientific evidence and further tested for validity, feasibility, reliability and usability. The officials noted the sealant measure was developed and tested by the Dental Quality Alliance, an entity convened by the ADA that maintains the measure through a periodic review process to align it with emerging science and implementation experience.

"The use of measures that have not been adequately tested undermines confidence in measures among providers and consumers of health care," the letter concluded.

Updates on this issue can be found at ada.org.