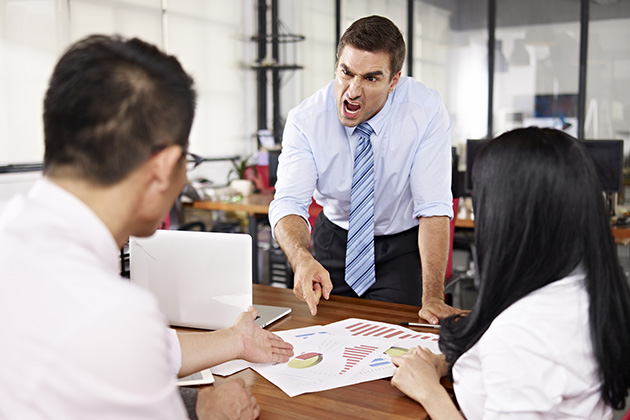 Your staff is in the middle of a huge project — and stress levels are rising. A small misunderstanding between two team members can lead to a mistake that the whole group then needs to pitch in and take care of — and if you're not careful, resentment and disagreement can fester and make everyone less than productive.

Need to step in? Use these proven tips to restore harmony and get everyone back to doing their best work.

Call for a coffee break.

An intriguing study from Ohio State University found that gathering a team together to drink coffee can work better together in a number of ways.

One, caffeinated coffee made people more alert individually, so subsequently, they could realistically see the good points of their co-workers, such as recognizing how much each co-worker was striving to contribute.

Two, people automatically talked to each other more in-depth as they pursued the same activity (drinking coffee), and didn't overreact to other people's opinions on controversial topics. And three, when people teaming up on a task drank coffee together, they gave each other more positive reinforcement on the success of their collaboration — another reflection of both alertness and bonding.

Things should go better once your team resumes their collaboration!

Ask workers in conflict to explain their positions in detail.

If you're dealing with two staffers in disagreement, sit down with them together, and one at a time, express your desire for them to lay out their arguments very specifically. A Binghamton University study found that when someone is asked to explain their views in this way, they'll automatically think harder about what they believe, and produce a clearer and more logical argument explaining their perspective.

Once both of your staff members have clearly laid out their thoughts, it will be much easier to work as a team to negotiate a fair and correct answer to their disagreement, and your project will be back on track.

A study from the U.K. found that when someone genuinely thanks a new peer for helping them, the more friendly both parties feel toward each other — which is a good tip to try in case a co-worker just moved onto your project is a little prickly to work with.

What's more, a second study on this topic found that if you've got an insecure supervisor on your project, saying thank you when that person's effort is honestly appreciated will make that person feel more socially valued. That can reduce his/her aggression toward your group, so that everyone works happier.

Tell your staff member they have one hour to work out a compromise to their conflict and bring that compromise back to you for your approval. An imposed deadline will automatically lock your staff into end-result mode, and they'll be much more likely to bridge their differences to meet your expectation.

Monitor their progress (with a light touch).

After a team conflict has been resolved, watch to make sure that one or two team members don't re-engage with each other in future conflicts. If this problem persists, ask these staff members what they each want in regard to each other.

Would a conversation about their clashing work styles that you moderate solve the issue? Would working on different projects be the best bet?

Using an open, diplomatic approach will easily identify any lingering problem, and allow everyone in the office to feel better about their workplace.