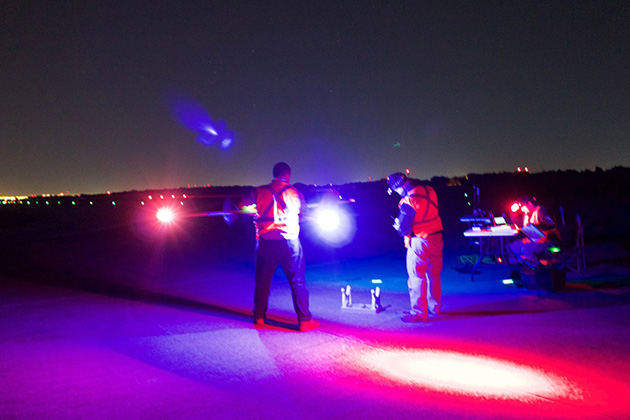 Dallas/Fort Worth International Airport has been the scene of breakthrough tests in the detection of drones by the Federal Aviation Administration (FAA) last week, in the hope of developing an extra layer of safety from the growing threat the remote-controlled aircraft pose.

Over the course of a week, the FAA has been working alongside Texas A&M University-Corpus Christi to evaluate new drone detection technologies. These come in the form of radar detection, radio frequencies and electro-optical systems. Each night, drones — or unmanned aircraft — were flown over the airport's quiet runways while tests were undertaken using the different developmental technologies to try to detect and pinpoint the position of them.

Drones are becoming an increasing threat to the safety of aviation, with more and more reports of aircraft flying in close proximity to them every year. In some cases, pilots have taken evasive action and operations at airports have been disrupted following reports of drones operating nearby without permission.

The vast majority of drone operators do so for recreational purposes, and there is a growing issue of users not understanding the threat they pose by flying them too high or in proximity to airports and aircraft flight paths. More than 1,800 such incidents were reported in 2016 in the U.S. alone, but the problem exists worldwide, and attempts are being made to regulate the use of drones.

Understanding that the issue is not going to go away any time soon, the FAA hopes that the research and tests being carried out will ultimately lead to a reliable detection system that can be rolled out at airports across the country, giving clear warnings of drones being used so that aircraft can be directed safely away from any threat.

Of particular interest to the FAA is how to develop reliable systems that can detect drones in among airspace crowded with airliners and other aircraft, and also safely differentiate from other objects, such as wildlife and objects being blown in the wind.

Last week's test is just the latest the FAA has undertaken since February 2016, with previous evaluations held at New York JFK, Atlantic City, Eglin Air Force Base, Denver International and Helsinki Airport in Finland. It now hopes to use the findings to make recommendations on sensors that will help reduce infringements safety violations in the future.

However, the process may take time for the perfect solution, alongside continued work at deterring and educating drone users over inappropriate flight paths. The work is part of the FAA's Pathfinder Program for UAS detection at airports.