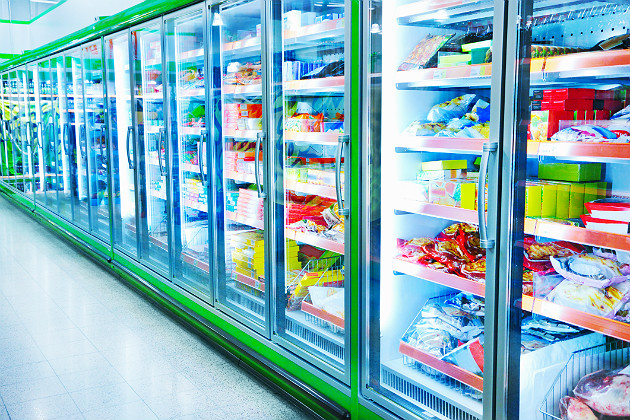 This column has reported many times over the years on the progress of the F-Gas regulations, as the legislation seeks to achieve its ultimate goal of reducing refrigerant emissions in Europe. But 2020 marks a significant year for both the legislation and the industry that must comply with it. It is expected to change refrigerant buying habits as the once-ubiquitous R404A disappears from wholesalers’ shelves.

The F-Gas legislation, now in its second iteration, came into force in 2015 and has put the industry under pressure with its unique combination of restrictions: not so much a carrot-and-stick approach but more stick and stick.

The regulations seek to systematically reduce the European industry’s use of higher-GWP by means of bans on use and a year-on-year reduction in “quota” to the point where Europe will have phased down 80% of its HFC use by 2030.

This regime of reducing availability looks to achieves its goal of forcing reductions in GWP by basing the quota on CO2 equivalent volume. The clever theory behind this is that it is market forces that do the work, since refrigerant producers will prioritize the lower-GWP refrigerants that will maximize their amount of quota.

Lest anybody should need reminding of the F-Gas mechanism’s relevance to North America, the Kigali Amendment to the Montreal Protocol envisages an HFC phasedown along similar lines — ending up at 15% of developed countries’ HFC use by 2040.

The evidence in the market is that it certainly appears to be starting to have the desired effect: as we stand at the beginning of 2020, we have two major refrigerant manufacturers who will no longer sell high-GWP gases into the EU: Honeywell made the call early, ceasing sales in 2018, while Chemours have recently followed suit, following a Jan. 1 deadline for its last supply of R404A and R507.

Add to this the fact that the quota itself is reducing year-on-year by 29% in 2020 and it is clear that availability of higher-GWP refrigerants will be under serious pressure.

But there is another more pressing reason why 2020 will sound the death knell of the once ubiquitous high-GWP gas R404A — it marks the first year when we will see a service ban in place. From Jan. 1 this year, it has been illegal to use virgin R404A or any other gas with a GWP above 2,500 to top up many refrigeration systems for maintenance. The minimum size of system this applies to is 40 kg of CO2 equivalent — roughly approximating to 10 kg of R404A charge — so all supermarket pack systems will come into scope, along with larger condensing systems.

Smaller systems and hermetically sealed systems do not face such a restriction yet, and there is an exemption for military systems.

There is much debate at present as to how this type of regulation might be enforced in practice — the most likely scenario is by some sort of program of inspections by the regulating authorities, but to date, no such campaign has been announced in the U.K. at least — but with the maximum penalty for noncompliance set at £200,000 (about $260,000), there is certainly a financial incentive not to take the risk.

And for those who are wondering, the F-Gas rules will continue to apply in the U.K. once it leaves the EU via Brexit.

As the stocks of virgin R404A disappear from the wholesalers’ shelves, it is set to drive fundamental change in refrigerant use. The end goal is to move end users to convert to lower-GWP refrigerants, such as HFOs, carbon dioxide and hydrocarbons, which require changes to system design. This in turn requires new design standards to accommodate new characteristics such as flammability and higher pressure.

This is certainly is a process that is under way in earnest amongst the larger supermarkets, giving rise to interesting developments in both use of natural refrigerants and of HFO blends. In fact, a number of retailers are now proudly stating that they have removed R404A from their national estates.

But for many end-users, this wholesale change of design required is impractical and, in the short term, uneconomic. So, 2020 is expected to herald a significant uptake of reclaimed R404A and R507 — refrigerant that has been reprocessed by a licensed facility to the AHRI 700 standard to match that of virgin product.

Given the fact that reclaimed product is returned to the same purity as virgin refrigerant, refrigerant experts are also keen that end-users are encouraged to use certified reclaimed gas rather than simply recycling gas recovered from their own systems. This is allowed under F-Gas rules but is less desirable because it doesn’t meet the same purity standards.

The advantage for the end-users of using a reclaimed version of R404A is that theoretically they can use this until at least 2030 without falling foul of the F-Gas rules. Many refrigerant specialists, however, will argue that there are a number of additional efficiency benefits emerging from the new low-GWP gases, so therefore a new system designed to use an HFO or a natural refrigerant should be seen as a better option in the longer term.

As the year goes on, I will update on the progress of the service ban and the move towards reclaimed refrigerant. Many in the industry hope that the national regulatory authorities will seek to prosecute and make an example of those who don’t comply with the service ban.

Given that smaller systems will still be able to use the virgin gas, unfortunately the scope for corner-cutting remains. But as often happens in cooling, it may be the lack of market availability that ultimately does most to change behavior.

Meanwhile, readers in the U.S. may well want to consider the way that reclaimed gases could be used to help ease the pain of those ever-decreasing HFC quotas under the Kigali amendment.