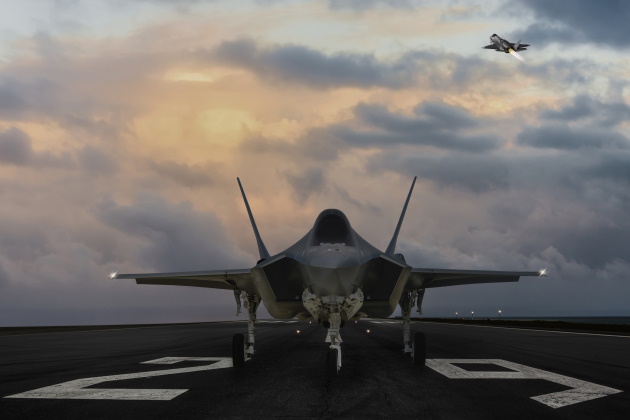 It should not come as a surprise that the Lockheed Martin Corporation’s $428 billion F-35 aircraft, which has been fraught with problems for years, has a gun that won’t shoot straight. There are three F-35 models that are equipped with the 25 mm gun.

While there seems to be no problems with the gun on the Navy and Marine Corps versions, the Air Force model has “unacceptable” accuracy when hitting ground targets.

The F-35 was expected to replace existing aircraft in the Air Force, Navy and Marine Corps, but problems continue to plague the program. As soon as one problem is solved, it seems another one is discovered.

Recently, Bloomberg defense reporter Anthony Capaccio had an advance look at the Defense Department’s anticipated report on the progress of the F-35 Joint Strike Fighter. The report is expected to be released soon from the Office of the Secretary of Defense's director for operational test and evaluation (DOT&E), Robert Behler.

According to the Bloomberg article, Behler admits that “many significant” issues concerning the F-35 have not yet been addressed and that “new discoveries are still being made, resulting in only a minor decrease in the overall number” of things that need to be fixed. One problem that needs fixing is the inability of the 25 mm gun to hit its target.

Before he left office, former Defense Secretary Jim Mattis mandated that by September 2019, the F-35 would have a mission-capability rate of 80% (MC80). In other words, the aircraft would be able to perform at least one type of combat mission 80% of the time. As of early February 2020, the F-35 has missed this mark.

The testing office confirmed that “no significant portion” of the fleet was able to achieve the MC80 goal. There were “individual units” that achieved “the 80% target for short periods of time during deployment operations,” but none of the aircraft models met the goal of “Full Mission Capability."

Another problem that has been discovered is that the gun on the Air Force model, as opposed to the mounting of the gun on the Navy and Marine F-35, is mounted inside the aircraft. The mount often cracks after the 25 mm gun is fired. This has made “the accuracy, [of the gun] as installed, unacceptable.” There are “misalignments” in the 25 mm gun that do not meet specifications.

Because of the cracking of the mount, restrictions must be placed on the use of the guns. Work has been done on improving the gun mount, but the 25 mm has not been tested to see if the improvements have solved the problem.

Although the defective gun does not affect the flying capability of the aircraft, it falls into Category I “must-fix” items. There are 13 such items that must be repaired because they affect “safety or combat capability.”

In addition to the 25 mm gun on the Air Force Model F-35 not hitting its target, and 13 items that must be repaired, as of November 2019, there were 873 software deficiencies. Although this is an improvement over the 917 flaws identified in 2018, it is still unacceptable. Testing that was expected to be completed in 2019 has been extended at least until October 2020.

As one observer concluded, “The huge cost overruns and flaws make the F-35 look increasingly like the world’s most expensive lemon.”